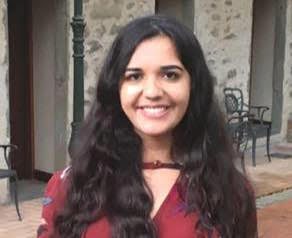 The Witch Hunt We Need

In wake of the allegations against Harvey Weinstein (and more importantly, the real consequences being taken against him), many survivors of sexual assault are finding the courage to speak up. The #MeToo campaign and subsequent #IWillSpeakUp campaign directed toward men are prominent on social media all throughout the world. The reality of the statistic that 1 out of 6 American women will be sexually assaulted in her lifetime has been amplified to a disturbing, but extremely necessary degree. The weeks following Weinstein’s allegations saw more men in power being accused of sexual assault, including actor Ben Affleck and former president George H.W. Bush among many, many others.  And the voices of survivors have not been fading out. Most recently, actor Kevin Spacey was accused by actor Anthony Rapp for assaulting him when… Read more »

Brown People Are Valid, Too

An Anne Frank Halloween costume for little girls recently sparked outrage on Twitter and beyond. The backlash occurred almost immediately, forcing the company to quickly pull the costume from the market. I completely understand why people are upset and I agree with them. Though the idea behind the costume seemed well-intentioned–the companies claimed they wanted little girls to be able to look at Anne Frank as a sort of superhero–the idea itself is exactly why it isn’t right. It is easy to read the story of Anne Frank and regard her as a sort of hero who held onto hope in the face of great adversity; but there’s a difference between her and Wonder Woman: Anne Frank was a real person. However heroic a person might think her story, it… Read more »

If you’ve paid any attention to the news in the past couple of days, you know of the tragic events that conspired in Las Vegas. The worst part is that this isn’t even news anymore. I’m sure nobody was actually surprised to hear that this is one of the deadliest mass shootings in history, especially considering that most of the deadliest shootings in U.S. history happened in the past ten years. I’m also sure that nobody is surprised to see the media’s mass coverage of the attacker’s history in a despicable attempt to sympathize with him. The people who knew him would never have expected the guy who liked playing poker would decide to shoot and kill over fifty people in one night, so just how could this have happened?… Read more »

The Emmys Took Two Steps Forward and One Step Back

The Emmy Awards aired on Sunday to celebrate achievements in television this past year. As host Stephen Colbert said in his opening monologue, the Emmys featured its most diverse group of nominees in history, and many of these diverse voices actually won. In the fields of directing, acting, and writing, there were unprecedented achievements by people of color. Combine that with the success of the dystopian drama about a world where women have lost the right to control their own body, The Handmaid’s Tale, the night looked like a great symbol of the progress Hollywood has made in recognizing the work of marginalized artists. However great these successes, though, the awards show clearly highlighted the embarrassing reminder that this celebration of diversity is a simple opportunistic move, very similar to… Read more » 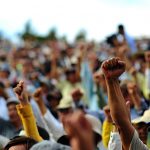