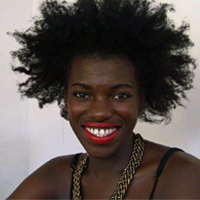 Fire Shut Up in My Bones: A Memoir by Charles M. Blow

The past two weeks  have been rough to say the least. It was one of these weeks when your world is turned upside down by unsettling news. I had to readjust my life and face new “normals.” I sought help from close friends and family. I deem the past two weeks and exercise in mental health. I often find that we speak of a physical health often unconnected from mental health. While going through my struggles in the last few weeks,  I came across an op-ed article entitled “Up from Pain” from one my favorite columnists, Charles M. Blow. Charles M. Blow is an opinion columnist for the New York Times. His article “Up from Pain” in the The New York Times reads like an excerpt from his recently released… Read more »

The Voices of the Unshackled

On a pleasant fall Saturday afternoon, September 20, 2014 to be exact, I made my way from Barnard College to the breath taking Brooklyn Museum located in Eastern Parkway. I regrettably did not get to wander the museum because I came to the museum for a specific purpose. I attended the event, Unshackled: Women Speak Out on Mass Incarceration and Reproductive Justice, the third event in the “States of Denial” Panel Series. The term, shackled, resonates with because it represents a physical practice to be discussed later in this blog post as well as a mental shackling. The event was a well-attended collaboration between the Correctional Association of New York and the Elizabeth A. Sackler Center for Feminist Art. The room buzzed with soft smooth jazzy beats as we prepared… Read more »

On Tuesday, September 2nd, 2014 I worked with Grassroots Campaigns, Inc., a non-profit organization working on behalf of other non-profit organizations like Doctors without Borders and Lambda Legal. On this particular day, I canvassed and fundraised on behalf of Planned Parenthood in New York City.  I stood in the middle of a semi- busy sidewalk on 88th and Broadway donning an oversized tee-shirt. My goal was to enlist monthly and one-time contributors to Planned Parenthood. Due to the pleasant and not so pleasant interactions I had with people on the street, I have decided to write an open letter to the people I encountered.   Dear People on 88th and Broadway, I get it. It feels like it is 1,000 degrees Fahrenheit today. You have places to go, people to… Read more »