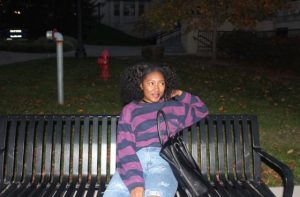 Major: Journalism Minoring in Fashion Media and Public Relations
Hometown: Gaithersburg, Maryland
Favorite writer: I don't have a favorite writer but, I love Kanye. he makes music so he's technically a writer. It's Kanye. My favorite writer is Kanye.
Favorite Sex Scene from a movie/tv/book: My favorite sex scene is from "Higher Learning" where Tyra Banks and Omar Epps have a love making montage!
Hidden talent: My hidden talent is the ability to make bomb playlists. 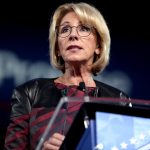 *Trigger warning for content that includes a description of sexual assault* Freshman year of college, I invited a boy to my dorm. This was hardly anything revolutionary because having people over to study, hookup, or just hangout was the norm for me. I had no expectations, only a small interest in him; I wanted to get to know him better but with no money like most college kids, a date for me was a calm conversation in my room. The night started off awkward; he was saying all the wrong things, I was saying all the wrong things. I could tell that we were turning each other off and so I decided to liven things up. I attempted a play fight with him to get the nervous energy out of… Read more » 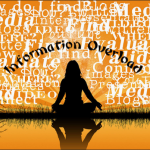 I was sitting in my apartment drinking my green tea, when my  Group Me started to go wild. I opened the app to catch up on all the messages and saw that an incredibly grizzly story was the main topic of conversation. My friends were talking about what happened to Kenneka Jenkins, the 19 year old found dead in a freezer at a Chicago hotel. I looked up more information and saw screenshots, Facebook live footage, tweets and speculations about how she died. People were even on the Internet trying to solve her murder. I was on sensory overload. According to the articles I’ve read, Kenneka was at a party with her friends where there may have been alcohol, she got lost and her friends called her mom to say… Read more »