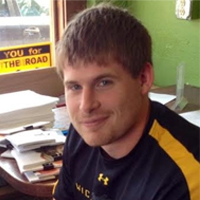 Should Men Have a Say in Abortion?

Over the past few years, I’ve had a lot of conversations about abortion. In fact, a large portion of my life has revolved around abortion issues because of the people in my life and the organizations I work with. As a result of all of these conversations, I’ve heard a lot of different and nuanced opinions on how this issue should be handled. One of these opinions that I think is particularly dangerous is the argument that in order to get an abortion, a woman should have to get the consent of the biological father. Before I get any farther, I would like to acknowledge that women in heterosexual relationships aren’t the only people who seek abortions. People that identify with any gender along the spectrum might seek abortions. Women… Read more »

Should athletes be role models?

Throughout the years, we’ve had a lot of conversations centered around whether professional athletes should be considered role models. From Charles Barkley famously saying, “I am not a role model” to many examples of athletes being involved in criminal activity, there is a clear argument for moving to separate athletes from the idea of being a role model. But, many argue that the discussion is much more complicated than that. Athletes, they say, are going to be viewed as role models whether or not they choose to act like one, simply by virtue of their celebrity status. There are plenty of examples for why professional athletes make terrible role models. Criminal behavior ranges from DUI’s and speeding tickets to murder, rape, and domestic violence. Integrity is questioned when players test… Read more » 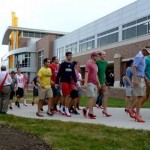