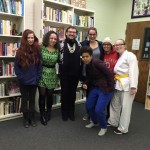 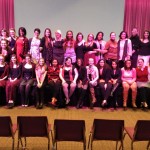 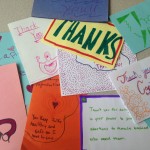 The Bowling Green State University chapter, FORCE, kicked off their semester with a celebration of Roe v. Wade. They made thank you cards for a local abortion clinic and made phone calls to their representatives about HR7. They are now preparing for their annual Vagina Monologues performances, where 20 cast members over 4 shows will perform Eve Ensler’s classic play.

The Bowling Green State University chapter, FORCE, has had a busy semester, creating change and dialogue on campus about reproductive justice. They held discussion on issues such as cultural appropriation, popular culture and feminism, and police brutality and anti-blackness. They also held their second Gender Neutral Sex Toy party. They also held their first Consent Workshop for BGSU’s Not in Our Town Week, dedicated to ending discrimination and building community on campus, in addition to their annual Take Back the Night, where 40 people attended. In addition, they completed their annual service project, Trick or Treat for the Cocoon Shelter, where they collected four grocery carts worth of donations for the domestic violence shelter. Lastly, they held auditions for the annual Vagina Monologues performance, which will be held in February.Needless… Read more »

The BGSU chapter, FORCE, had their annual showing of the Vagina Monologues, totaling 600 tickets sold, over 3 nights, raising $4,000 for a local domestic violence shelter. FORCE also help put on an event called Universal Love, an event  about LGBTQ love and religion with five other student organizations, and over 150 people attended. In addition, they held a held a gender neutral Pure Romance party as a fundraiser, and sold over $800 in merchandise, raising $200 for the FORCE budget!

They have highlighted the effect of abortion restrictions on students through several articles and letters to the editor in their student newspaper. When an anti-choice organization set up shop on campus, they held a counter protest and education rally.