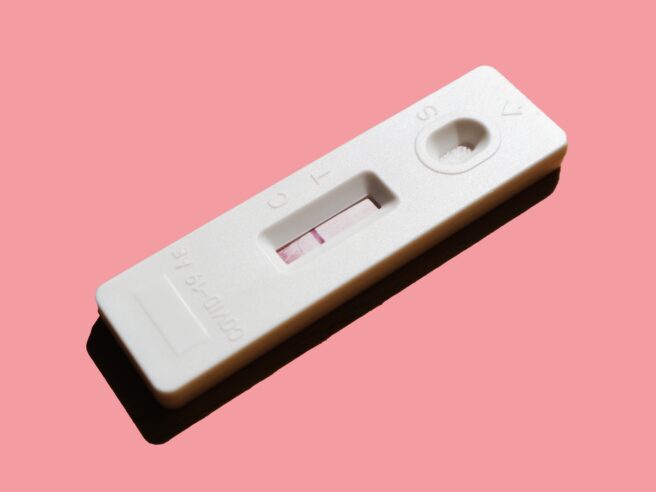 You need to add a widget, row, or prebuilt layout before you’ll see anything here. 🙂

Miscarriage is an incredibly common phenomenon that we don’t talk enough about. A miscarriage is defined as the sudden loss of a fetus before the 20th week of pregnancy. It’s estimated that 10 to 25% of confirmed pregnancies end in a miscarriage.  Miscarriages have a variety of causes, such as chromosome problems with the fetus, drug use, exposure to toxins, and systemic diseases. It’s safe to say that miscarriages are something that most pregnant people will experience at some point in their lives. Yet we are seeing an increase in convictions against people who experience miscarriages. Brittney Poolaw, an indigenous Comanche woman from Oklahoma, was convicted in October 2021 and sentenced to serve four years in an Oklahoma state prison on manslaughter charges due to a miscarriage she had in 2020.  While the fetal autopsy showed a number of potential causes for the miscarriage, such as fetal abnormalities and a detached placenta, prosecutors insisted that Brittney Poolaw’s drug use had caused the miscarriage.

Attacks on people who have miscarriages are not new. Miscarriage convictions usually focus on people with substance abuse issues; Laws called chemical endangerment laws specifically target people who use drugs while pregnant. Furthermore, fetal personhood laws, which focus on the rights of fetuses, are also used to convict individuals who have miscarriages. These laws became a common right-wing talking point and response to the 1973 Roe v. Wade decision. It should also be pointed out that chemical endangerment and fetal personhood laws have a direct history of being weaponized against Black mothers. During the 1980s, Ronald Reagan popularized stereotypes of Black mothers as unfit and morally questionable, by bolstering the “Welfare queen” stereotype. During Reagan’s war on drugs, the term “crack baby” also became associated with Black mothers and caused a sensationalized demonization of Black mothers who used drugs. These stereotypes made it easier to justify surveilling Black women and Black mothers. “Welfare queen” and “crack baby” stereotypes were also used to rationalize the higher conviction rates and longer-sentences given to Black women in relation to drug charges at this time.

These stereotypes contradict contemporary American ideas about pregnancy. Current ideas of pregnancy and what pregnancy should be like have roots in white, middle-class ideas of motherhood. These ideas originally developed during the mid to late 1800s and early 1900s. Ideas of motherhood centered on the experiences of an emerging group of middle-class mothers, who now had the ability to stay at home and focus solely on raising children. It was expected that these mothers would do anything to raise the future generations of Americans. Rapidly developing medical technologies have also influenced societal ideas around pregnancy. Sonograms allow us to see how a fetus is developing, and they have become remarkably detailed. Pregnancy has also become a public experience. Pregnant people are no longer expected to stay at home and hide their pregnancies. By demystifying pregnancy, medical technologies have allowed anyone to give their opinion on pregnancy. This includes anti-choice politicians, who approach pregnancy through their personal views, rather than through the experiences of pregnant people.

Ultimately, politicians and legislators shouldn’t have the right to criminalize common health experiences such as miscarriages. Furthermore, the increased criminalization of early term abortions has conflated miscarriages with abortion and has led to further attempts to prosecute pregnant people for their normal experiences. Abortion care and care for miscarriages should be accessible to anyone who wants and needs it. Rather than showing concern with pregnant people’s health, laws like chemical endangerment laws and fetal personhood laws demonstrate an eagerness to punish pregnant people who do not fall in with society’s expectations of pregnancy. Arresting and charging people with substance abuse issues does nothing to help treat these issues; Instead, it stigmatizes pregnant people with substance abuse issues, and makes it less likely that these folks will seek medical care. In the case of Brittney, National Advocates for Pregnant Women is currently working to try to help overturn her conviction. You can help by donating to Brittney’s fund or signing the petition to try to overturn her conviction.