It’s been more than a month since the tragic Walmart shooting in El Paso occurred and claimed the lives of 22 people. The predominantly Latinx community has since shown the nation and the world their resilience and strength in the wake of the malicious and targeted hate crime. Across the nation, Latinx communities have felt the constant and consistent influx of focused discrimination from the current administration. From the cancellation of DACA in 2017 to the nationwide ICE raids earlier this year, Latinx people have suffered tremendously from the institutional white supremacy that radiates from the White House. 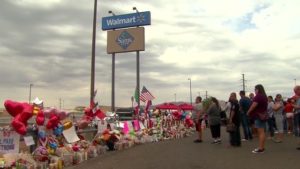 The lasting effects of the El Paso shooting can already be felt. Unfortunately, the shooting has sparked fear in Latinx communities and households. Many are at a crossroads: is it worth embracing and actively practicing our culture in the face of violence? Ermelinda Blanco, a resident of El Paso, spoke to journalists from CBS following the shooting stating, “I’m scared … for my children and my grandkids and all of us. I’m scared.”

Following the shooting, many in the Latinx community fear speaking Spanish in public. Some people question if they should even pass down their language to their children or grandchildren. The shooting has even caused many to question and reconsider what they will name their children. Many people don’t want to give their child a Hispanic name because they fear it will make them a target for racial discrimination. People even fear having children in a political climate in this country that is so hostile toward their children.

The agenda of white supremacy is forced assimilation and erasure. It is a tactic that has been used throughout the history of the United States with many marginalized groups. The forced assimilation and erasure of Native American language and culture began in the late 19th century through the boarding school system. Boarding schools forbid native American children from using their mother tongue and stripped them of their given name. They were then given Anglo-American names and forced to learn English. This system left a devasting effect on native communities and lead to the extinction of much of their culture, identity, and ultimately their society. 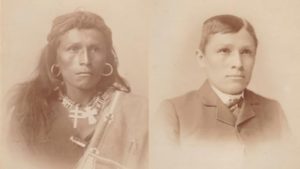 The shooting, however, has not paralyzed the community of El Paso. It has ignited and carried the conversation of gun reform to the forefront. Activists in El Paso and all across Texas have organized marches and rallies to address gun legislation and the active role of white supremacy in the state and the country. Organizations like the League of United Latin American Citizens (LULAC) and March for Our Lives (which formed after the Parkland shooting in 2018) are organizing demonstrations, movements, and conferences with hopes of igniting young folks to take action in the gun reform debate. This past week Walmart also announced it stores will stop selling handgun ammunition after public pressure following the El Paso shooting.

We as young Latinx folks must realize and recognize the ways that white supremacy actively tries to erase and silence our communities. The freedom to embrace and express one’s identity is a fundamental human right. Rather than assimilating to white normative behavior and culture, we must fight back by actively sharing the trials and victories of our Latinx ancestors. We must embrace our language, our traditions, and our literature. We must actively empower and organize in our communities and households. We must awaken the sleeping giant. Latinx people will never be erased nor silence. Viva la rasa! Juntos somos poderosos!

2 Responses to “Latinxs After El Paso: We Will Not be Erased”