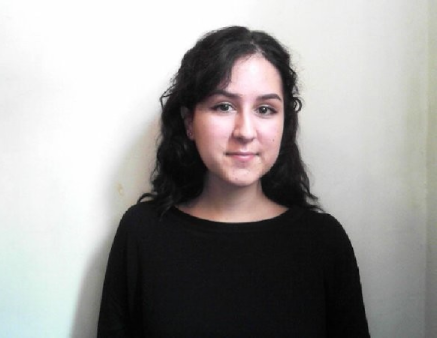 In February 2020 Carly Vendeiro joined URGE, where she designs systems that bolster and streamline the organization’s various operations. Her work includes developing administrative procedures, managing IT and security infrastructure, and creating URGE’s first grantmaking program.
She previously worked at the Women’s Foundation of California coordinating the justCARE Campaign, which organized coalition efforts for CA Senate Bill 24 (Leyva) in 2019. Student organizing and advocacy was crucial to the signing of this historic new law, which requires all CA public universities to provide medication abortion services at their campus health centers.
Carly received her BA from UC Berkeley in 2017, graduating Summa Cum Laude with majors in Sociology and Social Welfare and a minor in Luso-Brazilian Language and Literature. Her undergraduate thesis explored sexual minorities in post-dictatorship Portugal and received Highest Honors in Sociology. While at Cal she also worked on a research team in the Berkeley Institute of Data Science, facilitated FemSex (a course about gender, sexuality, and social justice), and was the president of the campus’ LGBTQ sorority. Outside of work she enjoys music, spreadsheets, and roller derby.