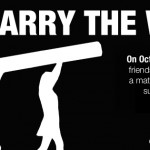 WTF Ohio? A Guide to Current Legislation and Activism

Right now, there are no clinics in Ohio with active licenses to terminate pregnancies. Every single clinic is currently out of compliance with Ohio legislation. RH Reality Check just released a run-down on Ohio’s newly renewed anti-abortion budget yesterday. Over the past few months anti-choice legislators and activists have been engaging in attempts to shut down clinics one by one, without much interference from local lawmakers. Recent Ohio legislation has constructed a terrifying model for shutting down clinics — and it could get used by states across the country. Texas, Alabama, Louisiana and other states have seen their fair share of Targeted Regulation of Abortion Provider, also known as TRAP, laws that are designed specifically to shut down provider service facilities. Fortunately for women’s health advocates, many judges have ruled… Read more »

On Tuesday, September 2nd, 2014 I worked with Grassroots Campaigns, Inc., a non-profit organization working on behalf of other non-profit organizations like Doctors without Borders and Lambda Legal. On this particular day, I canvassed and fundraised on behalf of Planned Parenthood in New York City.  I stood in the middle of a semi- busy sidewalk on 88th and Broadway donning an oversized tee-shirt. My goal was to enlist monthly and one-time contributors to Planned Parenthood. Due to the pleasant and not so pleasant interactions I had with people on the street, I have decided to write an open letter to the people I encountered.   Dear People on 88th and Broadway, I get it. It feels like it is 1,000 degrees Fahrenheit today. You have places to go, people to… Read more »

Inside the Fight for Marriage Equality in Ohio