Three Badass Central American Women You Should Know About!

September 15th through October 15th marks Hispanic Heritage Month! So what better time for a list of three exceptional Latinx women that pioneered the path for activism, reproductive justice, health reform, and revolution.

This list, however, pays particular and specific homage to the trailblazing women of Central America. Many times, the people of Central America have been excluded from the conversation about Latinx people. Their efforts and contributions to our progress are vastly unappreciated and usually unnoticed because of classist sentiments held by people in the rest of Latin America. It’s time to spotlight the actions of these three bold Central American women. 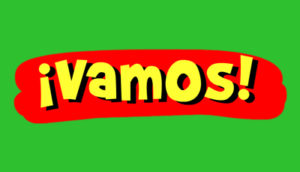 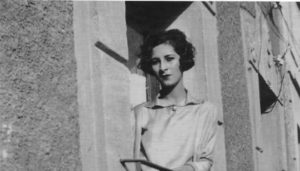 Luisa Moreno was a leader in the United States labor movement during the 1920s. Moreno was born in Guatemala City, Guatemala, to a wealthy family. However, in her teenage years, she rejected her elite status and began organizing. Moreno began by gathering students to lobby and protest for the admission of women into Guatemalan universities. In 1927 she moved to New York City with her husband, artist Angel De Leon, and had a daughter. Luisa and her family fell on difficult times, like so many others, during the Great Depression. To get by, she found work as a seamstress. There she was able to organize her co-workers into a garment workers union that advocated for better working conditions and better pay. In 1935 she was hired as a professional organizer by the American Federation of Labor (AFL), left her abusive husband, and moved to Florida with her daughter. There she began organizing and unionizing cigar rollers and became editor of a Spanish newspaper in 1940. She quickly relocated to San Diego, California. In the same year, she gave a persuasive speech before the American Committee for the Protection of Foreign Born known as the “Caravan of Sorrow.” She spoke of the dehumanizing language used against migrating Mexican and Central American refugees.

Moreno became heavily involved in the protest and advocacy of a racist murder trial that tried to convict 17 Mexican minors for the death of a California man. She began working with the Zoot Suit campaign- a labor advocacy movement that represented migrant field workers. Luisa’s activism pushed her into the public eye and unfortunately created many enemies for her. The Immigration and Naturalization Service created a racist strategy to forcibly deport thousands of Mexicans and Mexican Americans called Operation Wetback. They worked to target labor leaders in particular. Moreno decided to leave the United States in November 1950 after she was issued a warrant of deportation. She eventually resettled in Guatemala. However, she was forced to flee her homeland after the 1954 CIA backed coup that overthrew the democratic government of President Jacobo Arbenz Guzman. 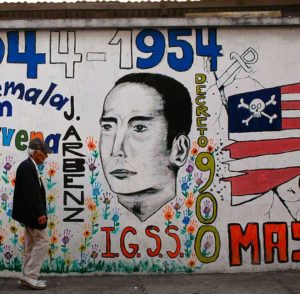 After the successful 1959 Cuban revolution, Moreno spent time teaching on the island. Luisa Moreno was a prominent and influential figure in the Pre-Chicano and the American labor movement. She was an instrumental figure in translating and spreading unionizing information to Spanish speaking communities. Without her efforts, the Latinx American labor movement would have been less effective. 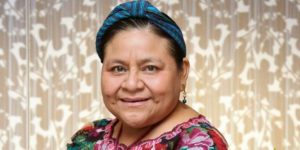 Rigoberta Menchú is an indigenous Kiche political and human rights advocate/activist from Guatemala. Menchú was born to a poor indigenous family in a rural area of northern Guatemala during the Guatemalan civil war. Rigoberta’s father, Vincente Menchú, was a prominent leader in the community and a starch activist against the oppressive Guatemalan government. In 1979 the war came to her doorstep. Her brother and mother were kidnapped, tortured, and murdered by Guatemalan paramilitary forces. A year later, her father died during a guerilla insurgency against the Spanish embassy. The guerilla forces were ravaged by government security forces and defeated. After the death of three of her family members, Menchú escaped to Mexico, seeking refuge in 1981. The following year she decided to expose the atrocities and genocide perpetrated against her family and thousands of other indigenous families by the Guatemalan government through a testimonial novel titled, “Me llamo Rigoberta Menchú y asi me nacio la conciencia.” The book was translated into several languages, including English and French.

Her narration propelled her and the ongoing Guatemalan conflict to international attention. Even after her escape from Guatemala, Menchú was heavily involved in organizing resistance against the oppression perpetrated by the Guatemalan government. In 1992 Menchú was awarded a Nobel Peace Prize for her advocacy, and human rights work for indigenous people in Guatemala. The Guatemalan civil war came to an end in 1996, and Menchú was one of the most influential voices to advocate for the trials of the Guatemalan government and military leaders for human rights violations and the indigenous genocide that occurred. She served as president for Saulad por todos (health for all) a Guatemalan organization that fought to bring low-cost generic medicine to all citizens and open up pharmacies across the country. Rigoberta also served as an ambassador for the 1996 peace accords in Guatemala. In the 2000s, she made several attempts at the presidency in Guatemala. Although her run was unsuccessful, her impact on indigenous rights and cooperative peace has had a powerful effect on the world. 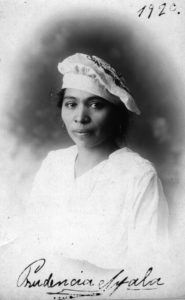 Prudencia Ayala was a prominent Salvadoran writer and social activist who advocated for women’s rights in El Salvador during the early 1900s. Ayala came from a poor indigenous family and attended Maria Luisa de Cristofine’s elementary school in Santa Ana City. However, she was unable to finish her education at an early age because of her family’s economic resources. Ayala gained local fame in her town because of her ability to predict events- her most famous prediction was the fall of the German Kaiser, the end of US isolation, and entrance into the first world war. In 1913 she began publishing opinion pieces in favor of anti-imperialism, feminism, Central American unionism, women’s suffrage, and was a starch opponent of the United State’s invasion of Nicaragua. Her strong opinions made her a target by the patriarchal authoritarian government, and in 1919 she was jailed for her criticisms and for a false accusation to plan a coup and overthrow the state. Throughout the 1920s, Ayala published several books on women’s rights and the corruption in the Guatemalan and Salvadoran governments. In 1930, Prudencia Ayala made an extraordinarily unorthodox and bold move. She decided to run as a candidate for the Presidency of El Salvador even though the Salvadoran legislation did not recognize women’s suffrage. Her platforms included support for unions, transparency in government, freedom of worship, and the recognition of illegitimate children. Of course, the supreme court denied her candidacy. However, it did start a conversation in the nation and socially. Her actions sparked the first wave of the feminist movement in El Salvador, and finally, in 1950, women gained full suffrage. Prudencia Ayala was a fierce advocate for women’s human rights, anti-imperialism, and civil government.

The activism of these three revolutionary Central American women altered the course of history for Latinx people. They were powerful organizers and advocates for women, children, and overall human rights. Moreno, Menchú, and Ayala’s human rights advocacy is an integral part of the Latinx narrative, and their stories cannot go untold. This Hispanic Heritage Month, we should recognize the efforts and victories of these powerful Central American women.