I am excited to announce that Unite for Reproductive & Gender Equity (URGE) has selected nationally-recognized reproductive justice leader Kimberly Inez McGuire to be our next Executive Director! Kimberly is a visionary strategist with a deep commitment to youth leadership and organizing, and—we love this part—a former URGE intern. We can’t wait to see where she will take us next!

We are immensely grateful for the invaluable support of Susannah Baruch, URGE’s Interim Executive Director, in guiding this organization through an important transition, and to Elsa A. Rios of Strategies for Social Change LLC, for helping us to find a leader with the vision, knowledge, and experience to grow and deepen URGE’s work. Learn more about Kimberly below and please join me in congratulating her on this exciting news.

“a reproductive justice leader with the vision, values, and voice to lead us through and beyond these hostile times…” 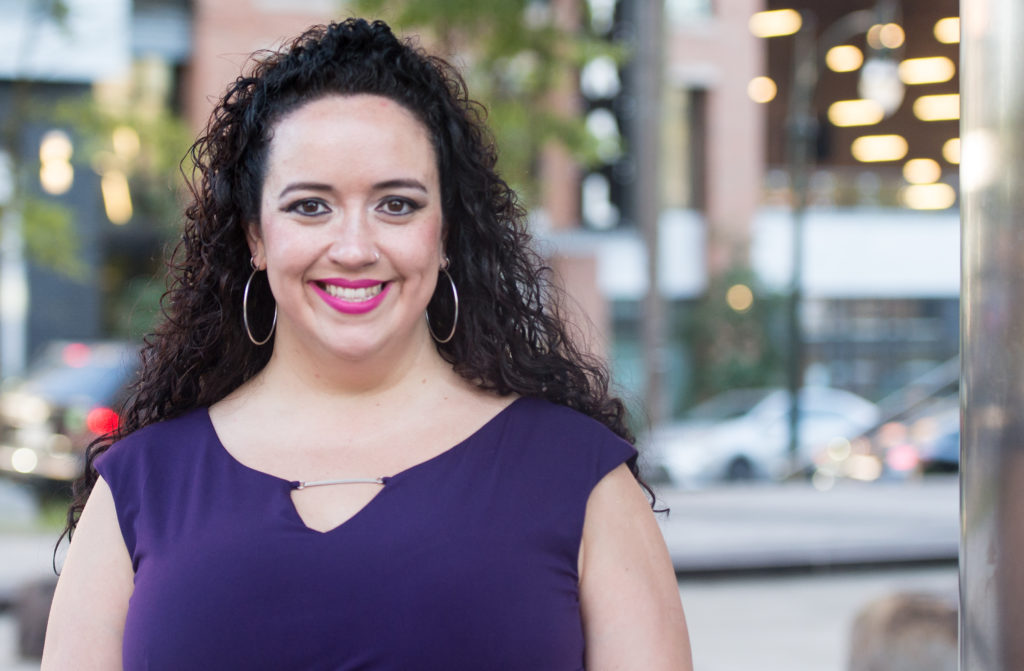 WASHINGTON – (July 9, 2018) Unite for Reproductive and Gender Equity (URGE) announced today that Kimberly Inez McGuire has been named the organization’s next Executive Director. Currently a Senior Program Director with ConwayStrategic, and formerly Director of Public Affairs for the National Latina Institute for Reproductive Health (NLIRH), Kimberly will join the URGE staff on September 4, 2018.

“URGE has chosen a reproductive justice leader with the vision, values, and voice to lead us through and beyond these hostile times,” said Darshan Khalsa, Chair of the URGE Board of Directors. “As the Trump administration seeks to reshape the courts and continues to put its boot on the necks of marginalized people, Kimberly brings comprehensive, intersectional experience with youth leadership, state-level communications and organizing, and national policy. We are especially proud that Kimberly’s journey in reproductive justice began with an URGE internship. Kimberly is exceptionally qualified and an URGE success story: the ideal choice to help us further our mission to build a world where all people have agency over their own bodies and relationships, and the power, knowledge, and tools to exercise that agency. We are delighted to welcome her back to the URGE family and can’t wait to see where she leads us!”

Kimberly Inez McGuire comes to URGE with a wealth of experience in public policy, strategic communications, and reproductive justice advocacy. In her role at ConwayStrategic, she has worked closely with many clients including All* Above All, Out & Equal, Whole Woman’s Health, ACLU, and others, on communications campaigns encompassing reproductive health and justice, immigration reform, LGBTQ+ rights, and racial and economic justice. She also leads a program to lift the voices of young people and people of color in the media. The ConwayStrategic team including Kimberly Inez McGuire received the Abortion Care Network’s 2018 “Person of the Year Award.”

In speaking of her appointment, Kimberly Inez McGuire said, “I’m humbled and honored to have been selected to lead an organization whose work is reshaping U.S. politics. URGE knows how to win in states where the stakes are high and the challenges formidable. Victory for progressive issues and justice for our communities won’t be bought by shifting to the center or silencing women and people of color. We’ll win by engaging our greatest strength: the leadership of young people, people of color, and LGBTQ+ folks. We’ll win by investing in radical, intersectional, youth-led organizing.

“When I was a student organizer at Hampshire College, I had the privilege of interning for URGE–and it changed my life. Then and now, URGE creates a space where I can bring my whole self to the work, as a mixed-race pansexual Puerto Rican woman, and where the wisdom of Audre Lorde’s words– ‘There is no such thing as a single-issue struggle because we do not live single-issue lives.’– permeates every level of the organization.

“I can’t wait to join URGE’s powerful team of student leaders, staff, Board, funders, and a growing network of supporters and alumni. We’re going to build power, win concrete reproductive justice victories for young folks, and have some fun while we’re at it. ¡Pa’lante!”

Kimberly’s impressive legislative accomplishments include a leading role in the creation and introduction of trailblazing legislation to expand health coverage for immigrants–Health Equity and Access Under the Law (HEAL) for Immigrant Women and Families Act, and to lift the bans that deny abortion coverage–Equal Access to Abortion Coverage in Health Insurance (EACH Woman) Act.

As Director of Public Affairs for NLIRH, Kimberly worked tirelessly to elevate the voices of Latinxs: she launched the Young Parents’ Dignity Agenda – an intersectional policy agenda created by and for young parents, advocated for the inclusion of undocumented women and LGBTQ+ people in comprehensive immigration reform, and worked closely with Latinx leaders in Texas, Virginia, New York, and Florida. Previously, Kimberly served as Senior Associate for Programs and Policy at the Reproductive Health Technologies Project (RHTP), where she coordinated a first-of-its-kind opinion research project which provided new insight into Latinx attitudes on abortion.

Nia-Simone Woods, Student Board Member, URGE Board of Directors – “I’m excited to see Kimberly bring her bold vision for URGE’s future and commitment to the leadership of young people to our team. ”

Jessica González Rojas, Executive Director, National Latina Institute for Reproductive Health – “From being an early and steadfast leader in the All* Above All campaign to end the Hyde Amendment to fighting for queer and transgender immigrants and undocumented people’s health care in immigration reform, Kimberly has been a dynamic advocate, taken bold stands, and centered the leadership and needs of those most impacted by reproductive oppression. I am so thrilled and proud to see this poderosa take the helm of URGE! We look forward to building upon our strong relationship and working  alongside Kimberly and URGE’s fierce team to fight for our collective vision of reproductive justice.”

“I am thrilled that Kimberly will be the next Executive Director of URGE! I believe she is absolutely perfect for this job because she is one of those people who wants to make sure we have balance and joy in the rigorous work we do in this movement. The young people that are a part of URGE will have a leader that they can look up to who sets an example of what it looks like to strategically build with and mobilize people in an authentic way.  I am so happy to welcome my friend and colleague into this small but growing circle of POC (people of color) Executive Directors.”

Margaret Conway, President, ConwayStrategic – “I’ve worked with Kimberly for more than 10 years and have seen first-hand her strategic thinking, creative communications skills, and commitment to reproductive justice. Her policy savvy, critical social justice lens, and mastery of the written and spoken word enable her to bridge issues and communities–and will bring enormous assets to URGE.  She’s already a respected leader in the RJ community and I’m thrilled about this new leadership role she’s taking on.”

Kimberly previously served on Women’s Voices for the Earth’s Detox the Box Advisory Committee, the National Center for Lesbian Rights’ Born Perfect Advisory Committee, and the Oral Contraceptives Over-the-Counter Working Group, and participated in the 2017 cohort of the Rockwood Leadership Institute Reproductive Health, Rights, & Justice Fellowship. Currently, she serves on the Board of Directors for the Sexuality Information and Education Council of the United States (SIECUS).

Unite for Reproductive & Gender Equity (URGE) envisions a world where all people have agency over their own bodies and relationships, and the power, knowledge, and tools to exercise that agency. URGE builds this vision by engaging young people in creating and leading the way to sexual and reproductive justice for all by providing training, field mobilization, and national leadership for a youth-driven agenda.