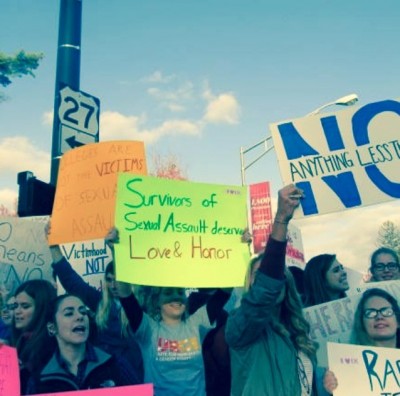 On Wednesday, October 22nd members of URGE’s chapter the F-Word organized a protest in response to conservative pundit George Will speaking on their campus.  Over 100 students turned out for the protest and 50 students attended a talk on campus sexual assault later that night organized by Miami University’s Women’s Center.  George Will was paid $48,000 by the university to speak at Miami’s campus despite his recent disturbing comments about sexual assault survivors.  Moving forward the F-Word plans to continue the conversation on campus sexual assault and work with the university to create a safe environment for survivors.