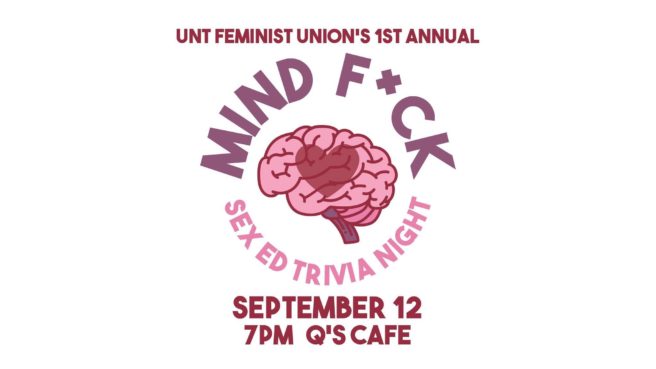 Since the semester just started, Fem U wanted to host an event centered around sex ed and sex positivity that also built community amongst new and returning members. The top three with the highest scores won prizes with mystery bags from a local sex shop as well as fun giveaways and self care goodies. In addition to the trivia (which was free to participate in), the chapter had raffles that people could pay to be entered in and were a really fun fundraiser! 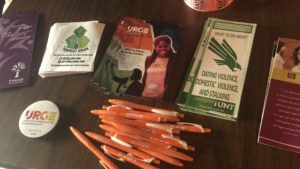 The event was held at local queer coffee shop called Q’s and the staff there were so amazing and supportive. The chapter plans to host a fat and body positive burlesque show in October during Love Your Body Week! We also had the Condom Club from UNT table and give demonstrations about how to use different condoms. Overall it was a really fun event and we hope members enjoyed it! 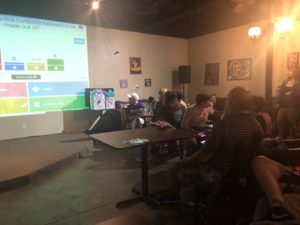