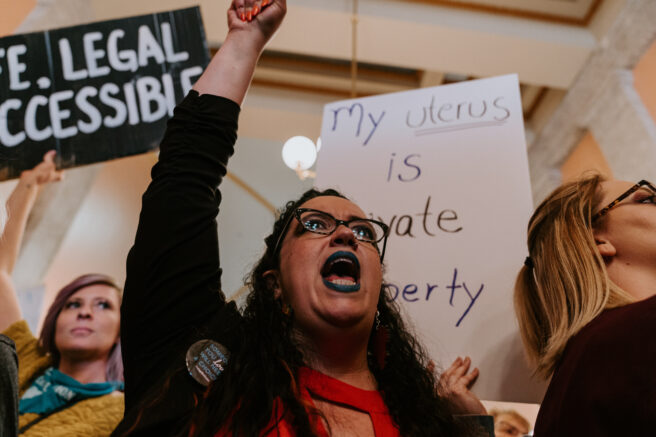 Barrett’s nomination ignores the will of the people

Washington, DC) — Statement by Kimberly Inez McGuire, Executive Director of URGE: Unite for Reproductive & Gender Equity in response to the nomination of Amy Coney Barrett to the Supreme Court of the U.S.

“Today, President Trump nominated Amy Coney Barrett to the Supreme Court of the U.S. By selecting a woman to uphold his regime and to shame and punish women and people of color is particularly repulsive. We’re not fooled.”

“Barrett’s nomination signals a new era of judicial hostility toward women, trans, nonbinary people, and people of color. Not only has she tried to prevent immigrants from accessing public supports, but she also ruled that young and older job applicants did not have the right to sue employers for age discrimination. Her record on abortion has exposed her willingness to cause irreparable harm to young people by cutting their access to abortion through forced parental involvement as well as other measures that would amount to banning abortion outright.”

“Now, as Barrett awaits confirmation and politicians play games with our lives in their careless pursuit of power, the stakes couldn’t be higher. We stand at the precipice of a large-scale rollback of gender equality, racial justice, voting rights, health care access, and LGBTQIA rights.”

“Even now, the lives of millions of people hang in the balance with the upcoming Affordable Care Act ruling in November, two cases concerning the arrest and detention of immigrants and citizens, and 17 proposed abortion bans just a step away from SCOTUS.”

“With so many lives on the line in a nation that’s seen more than 200,000 lives needlessly lost in six months to government malice and neglect, lawmakers must do everything within their power to delay Barrett’s confirmation until after this election is decided.”

“If they do, they will have carried out their duty to honor the majority of Americans who believe the Supreme Court vacancy should remain open until after Inauguration Day.”

“To ignore the pleas of the American people would be an especially cruel and cynical move that would only expose how far this country has shifted away from our democratic ideals. In fact, the only reason we’re in such a desperate position with the Supreme Court is because conservatives have made the legislative process so unworkable and undemocratic that the court holds outsize power.”

URGE envisions a liberated world where we can live with justice, love freely, express our gender and sexuality, and define and create families of our choosing. To achieve our vision of liberation, URGE builds power and sustains a young people’s movement for reproductive justice by centering the leadership of young people of color who are women, queer, trans, nonbinary, and people of low-income. As a state-driven national organization, URGE organizes our communities, provides a political home for young people, advocates for meaningful policy change, and shifts culture, working in states where the challenges and opportunities are greatest.