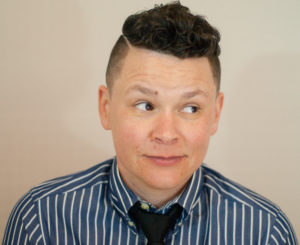 Kai is a Southern feminist and reproductive justice advocate born in Atlanta, Georgia and raised-up all over the South. Before coming to URGE, Kai served as Institutional Giving Officer at Provide, Inc. (formerly the Abortion Access Project). Kai was the Development Coordinator for the SisterSong Women of Color Reproductive Justice Collective from 2005 – 2010. Since 2010, Kai has done institutional fundraising and grantwriting consulting work with several national reproductive health/rights/justice organizations. Additionally, Kai served on the board of the Third Wave Foundation from 2007 – 2012, serving as board chair from 2010 – 2011. Kai graduated Summa Cum Laude from Florida State University in 2001 with a BS in Interdisciplinary Social Science, focusing primarily on Sociology and Political Science. In addition to Kai’s work in development, Kai is a trained facilitator, conflict mediator, and organizational development geek. A Southern boi through and through – Kai is a connoisseur of fried chicken and casseroles, a lover of 70’s and 80’s rock, and a true believer in the complexity and goodness of all humans.