URGE is ready to celebrate with advocates and friends from the reproductive justice movement at the Generation 2 Generation Celebration. Last year’s party was truly amazing, and we think we’ll outdo ourselves in 2016.

Come celebrate all the power reproductive justice advocates have built this year, while enjoying delicious food, an open bar, a performance by Chocolate City Burlesque, mixes by DJ M.O., and a night of dancing on June 10 at the Washington Court Hotel.

Get your tickets now!

Congratulations to our inspiring 2016 awardees. We’re honoring activists who are changing their communities and our country with the power of grassroots campaigns, social media, and advocacy education. Check out this year’s newest crop of social justice advocates and get inspired, too! 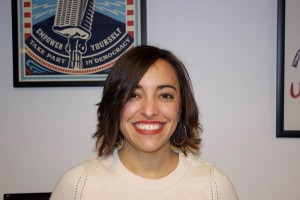 Sarah Audelo has worked with youth as an advocate for reproductive justice movement throughout her career.

She worked on policy and issue-based advocacy focused on the Millennial generation at Generation Progress and Advocates for Youth. Most recently, Sarah was Rock the Vote’s Political and Field Director where she leads the organization’s voting rights portfolio, Democracy Class and non-profit and political partnerships. Her previous areas of work include: economic justice, higher education, civil and human rights, reproductive justice and LGBTQ rights. Previously, she was a 9th- and 10th-grade special education teacher in South Texas as part of Teach for America.

Sarah is a proud Chicana and native of Bakersfield, California. She has a bachelor’s degree in foreign service from Georgetown University and a master’s degree in public policy from The George Washington University.

The Excellence in Leadership Award – Dana Bolger, Know Your IX 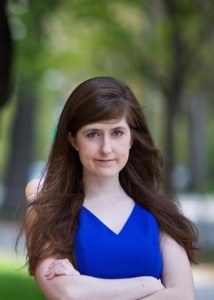 Dana Bolger is an editor at Feministing.com and the Executive Director of Know Your IX, a national, youth-powered non-profit she co-founded that empowers students to end gender violence in colleges and high schools across the United States.

In her capacity as Know Your IX’s Executive Director, she has led efforts to strengthen federal Title IX enforcement, testified twice before the United States Senate, curated an extensive legal education website (http://knowyourIX.org), and lectured at conferences and universities across the country.

Dana has been published in the Yale Law Journal, New York Times and Wall Street Journal, and in 2015, she was named one of POLITICO Magazine’s “50 People Transforming Politics.” She graduated from Amherst College in 2014. 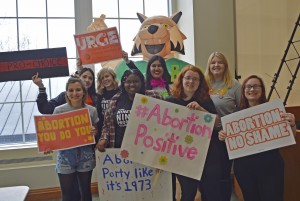 Feminist Equality Movement (FEM) is an organization comprised of Ohio University students committed to furthering the intersectional feminist vision on and off campus. We strive to educate ourselves and others to understand and challenge systemic inequalities through activism, advocacy and outreach in the political and cultural sphere. This year, FEM has increased their reach on campus by registering voters, hosting speakers, and planning a successful stop of the National #AbortionPositive Tour. To find out more about FEM’s campus work visit our website or follow them on Facebook and Twitter.

Thank you to our sponsors for their support!