Since the election of Donald Trump, social justice advocates have had their already-hard work cut out for them. From the Muslim ban to ICE detentions to the global gag rule, the new administration has worked at every turn to undermine civil rights and liberty. Luckily, all of these attacks on decency have only spurred people to action. Town halls and lobby days nationwide have been blowing up, and groups like Indivisible and Young Invincibles have encouraged thousands of everyday citizens to become local activists for their neighbors and friends. In that same vein, our 2017 advocacy days took 5 statehouses by storm, advocating against abortion restrictions and in favor of sexual assault protections, comprehensive sex education, and sanctuary cities. 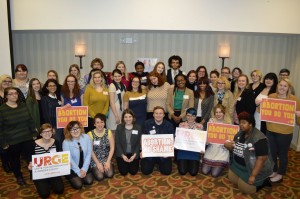 In Ohio we had more than 50 activists who were ready to protest a bill by anti-choice state legislators that would force patients seeking an abortion to bury fetal remains. Virtually, we asked supports to tell their state reps to vote against the measure. 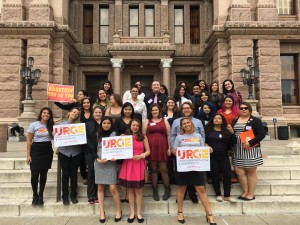 Texas advocates were in for a whirlwind at the Capitol. Advocating against a restriction on abortions in the cases of sever fetal abnormalities, our students joined activists from the Lilith Fund and NARAL-Pro Choice TX to speak to their state representatives. 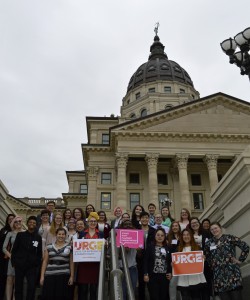 In Kansas, our advocates got to do something they never have before–proactively support a comprehensive sex education bill! Newly introduced, the bill would lay down a blueprint for schools to follow that promotes healthy relationships and medically-accurate information about sex. With partners from Planned Parenthood Great Plains, we took one step forward in the pursuit for real sex ed. 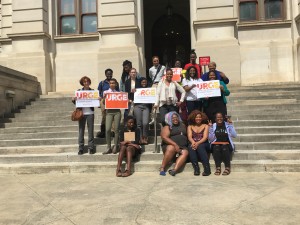 Georgia advocacy day this year provided our advocates with a very unique challenge: advocating on key issues on the last day of the session. Even with the statehouse unusually packed, every URGE activist spoke with their state representative. They came out in support of providing sanctuary to undocumented immigrants, in opposition to a sexual assault bill that would weaken campus protections, and in opposition to a bill that allows campus carry. 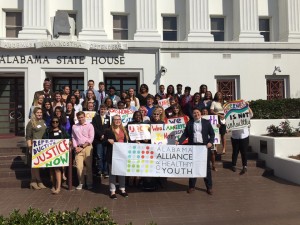 We partnered with Alabama Alliance for Healthy Youth for Alabama’s advocacy day this year to tell state legislators that young people deserve comprehensive sex education in schools. The days of abstinence-only, anti-LGBTQ legislation are numbered, and over 30 advocates who represented the entire state, made that loud and clear.