Latin@s to Watch Out For: Stephanie Mascorro 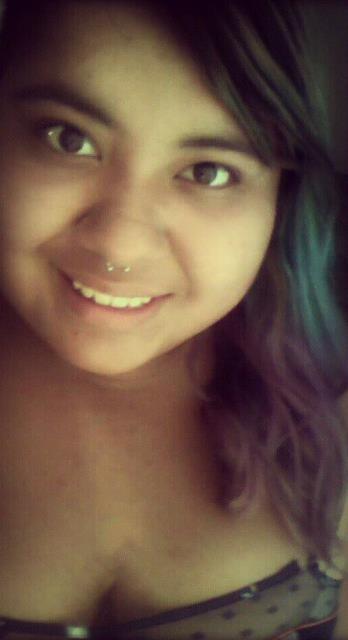 Organization or Movement: The URGE affiliate chapter at University of North Texas

As someone who has grown up trying to understand why I was so different from all my other friends and why I had different traditions than some of my other friends, and then growing up and understanding what everything my family celebrates means, I am proud to say that I identify as a Hispanic Mexican.

Although there are many great examples of Latin@ leaders, I look up to myself the most because I’ve gotten to where I am because of my own doing rather than someone motivating and pushing me into doing the things that I do. Some days I feel completely unmotivated and I just want to give up, but looking back at everything that I’ve done, everything that I know I will be able to achieve in the future, completely motivates me because I did them myself, with help from others of course, but I personally have achieved things and it’s such a great feeling.

Personally, I think being a Latin@ in the United States right now not only means being proud of your heritage, embracing the multitudes/shades of skin color that every Latin@ has, embracing the history of our roots and embracing how the Latin@ culture has influenced other cultures, but also it means knowing that even though the Latin@ culture has been accepted in the US, Latin@s are still being looked down upon because of the white supremacy in the United States.

My vision for the Latin@ community in the future is for everyone to embrace the Latin@ culture/community, to take away the stigmatization of being Latin@ especially when it comes to things such as jobs, or even social welfare. I would also like to be represented in the media in a positive way, more representation of Latin@s everywhere, being more involved in the community/being proactive as Latin@s, and improving the rates at which Latin@s vote. We should have education for Latin@s, including speaking to teenagers about considering college and helping those that do want to go to college with financial aid including those that are not able to get federal financial aid due to not having an Social Security Number. We should all have access to healthcare with or without insurance or an SSN. I want to see women empowered to get jobs but also help women that can’t due to not being able to afford babysitting, having mental health issues, or other reasons.