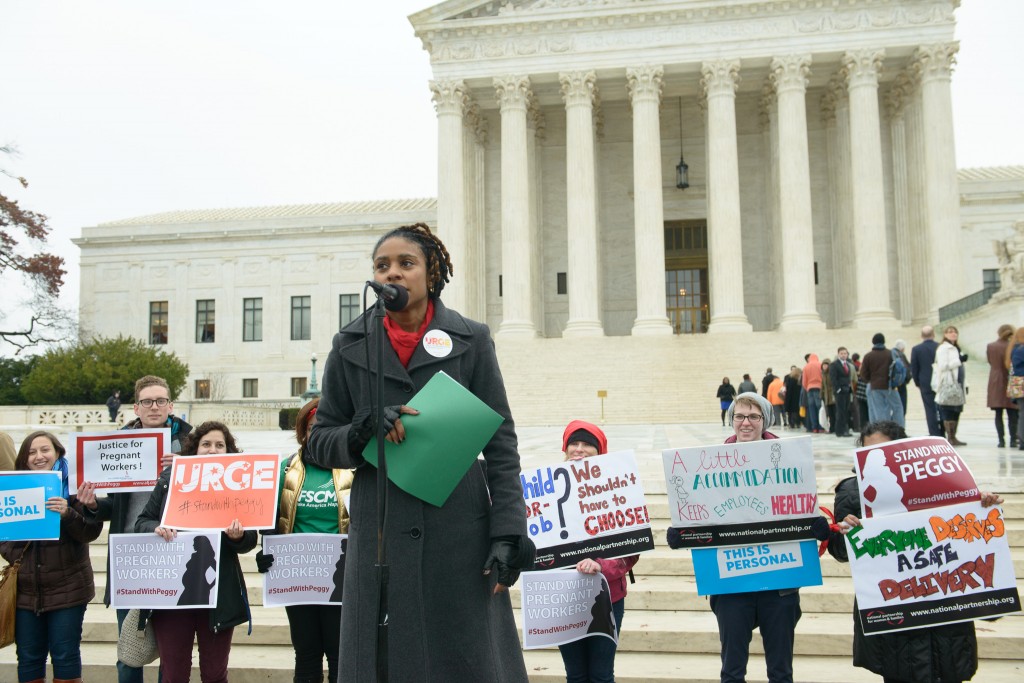 On December 3, the Supreme Court heard Peggy Young v. UPS, a pregnancy discrimination case that could have a huge impact on workers. URGE joined more than two dozen other organizations for a rally on the steps of the Supreme Court. Our Executive Director, Kierra Johnson, spoke at the rally of more than 200 supporters.

“What these company policies really do is force a pregnant woman to quit, get fired, or risk her financial security just because she chose to have a family,” Johnson said. “That’s not a company I want to work for and that’s not a country I want to live in.”

The Supreme Court has the opportunity to say that no one should be forced to choose between a job and a healthy pregnancy. But we have seen some of the decisions that have come out of our highest court lately, so we aren’t holding our breaths. Congress has the power to step up and protect the rights of pregnant workers by passing the Pregnant Workers Fairness Act.

Join us in taking action and asking your members of Congress to support the Pregnant Workers Fairness Act! Sign our petition here: http://bit.ly/1xUEduP