If you have been unable to get the tune of Pomp and Circumstance out of your head for weeks, it must be graduation season! Many thousands of young people all over the country are receiving their diplomas and posing for pictures in their cap and gown. Among them are many young people who have been active members of URGE.

We want to take a minute to recognize the contributions and bright futures of some of these young leaders. They have each worked hard to build their chapters and to foster reproductive justice activism on their campus and in their state. 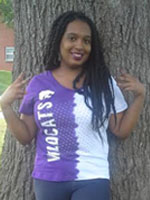 Working with URGE has been an amazing experience. This past year I became president of F.I.R.E. ( Feminists igniting Resistance and Empowerment ). In that role I was able to facilitate our affiliate relationship with URGE and work directly with Haley Miller who was always available if we had questions or needed clarification regarding events. This past year I was able to participate in Advocacy day, help with organizing a reproductive justice workshop and will be participating as an assistant at the Gloria Steinem Membership Conference in June! Working with URGE has not only provided me with unique opportunities as a student activist, the experience helped me be a better leader and recognize that I always have something to learn and share with my fellow students and community members.

I am moving from Kansas to Atlanta Georgia, while I have not yet secured a job, I hope to work or either a non-profit organization or grassroots campaign. In the next few years I hope to attend law school then become an Immigration or Civil Rights attorney.

This past year was the first year I recognized my power as a student, and the value in creating and utilizing partnerships to create change and highlight issues. If I had recognized this sooner throughout my time as a student I probably would have been able to accomplish a lot more than I did. My advice to other/future student activists would be to never be afraid to work/fight for something to change on your campus or within your community. Chances are you are not the only one wondering why something has not been done and you do have power in your voice and action even if you are. 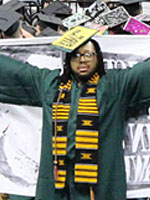 It helped inform the spaces I create when I am organizing. Our society doesn’t make men confront their privilege and power often. URGE allowed me to challenge how I show up in spaces and what voices I will lift up.

I plan on attending graduate school in the Fall 2016.

There is no one right way to be an activist. Share your story and lift your voice. Being your authentic self will make you a better leader. 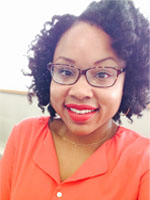 School: The University of Alabama

It absolutely made my college experience. Before I joined the Alabama Alliance for Sexual and Reproductive Justice at UA, I was utterly bored and a bit directionless with my time on campus. I wanted to Do Something, but had no idea what to put my time and energy toward and now idea how to start. AASRJ became my world at UA and introduced to me to some of my best friends and a strong support system. I had adventure, learned so much, and grew as a person so much.

After graduating a semester early in December 2014, I landed a job in Salt Lake City with Planned Parenthood Association of Utah. Since late February, I have worked as a Community Engagement & Advocacy Coordinator with the PPAU Public Affairs team. I organize volunteers, initiate and maintain partnerships with community organizations, plan and lead PPAU’s participation in community events, and oversee PPAU’s Students for Choice chapters at Utah colleges and universities. I will soon be applying to law schools, as well.

Be assertive! College is an excellent opportunity to be as bold and have as much nerve as you want. Student activists are so much smarter and cleverer than they give themselves credit for, and have so much room and time to act. Take advantage of every opportunity to step into an administrator’s or faculty member’s office, to organize a campus demonstration, to lobby a local legislator. It’ll be completely worth it and you’ll get much farther than you ever dared to believe you could. 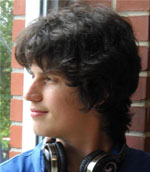 It showed me that a student can make their community a better place.

I going to work on Hebrew, Judaic Studies, and Interfaith dialog in Jerusalem.

Feminism is for all genders and sexes. 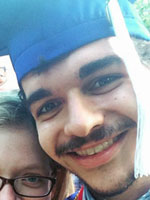 Gave me the skills and tools of analysis to talk about big academic ideas in regards to very specific social justice issues. Ignited my passion for talking about reproductive justice in social and professional spaces!

I’ve been working with the National Abortion Fund for the last 5 months and will be starting a PhD program at the University of Massachusetts – Amherst in September.

Be unapologetic in your activism. Don’t bother with friends who don’t want to hang out with you because you’re always talking about the issues that you are most passionate about them. You passion is inspiring and so necessary – thank you! 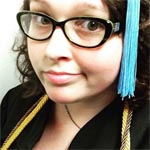 Being a student activist with URGE helped me to become part of a community of activists on BG’s campus and beyond. I felt like I belonged and felt empowered to change our world for the better.

I’m going to graduate school to get my degree in library science. I’m hoping to become a children’s/youth librarian! 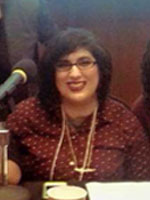 My affiliation with URGE amplified my college years at Texas A&M. I attended an URGE conference a few days before HB2 was passed and this conference was conveniently tailored to how Texas politics affected reproductive rights in 2013. The activist training I received transformed me into a educator, organizer, and leader. URGE helped me embrace my intersectional feminist identity alongside other identities. I went from being a conference participant to being a student panelist at another conference. I am really quite grateful for my experiences with URGE.

I am currently a board member of Fund Texas Choice and will hopefully be attending law school this Fall.

Don’t be afraid of confronting challenges, especially personal obstacles. I know that is easier said than done. This work is not easy, especially for folks who face multiple oppressions, so practicing self-care is very important. Your presence in this movement is appreciated and keep fighting the good fight for reproductive justice. 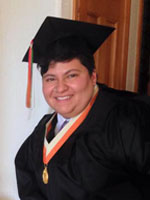 First off, it completely transformed the experiences I was able to have because it took me to trainings, developed my skills and leadership abilities, connected me with other organizations that I got involved with like TFN and YP4, allowed me to organize, and also gave me the opportunity to co-found West Fund. It really allowed me to grow as a person, to see my values change and become more solidified, and also also gave me so many challenges and opportunities to grow. I have met so many great people who I have developed true friendships with, and when I think back on college, the thing that will stand out most is my experiences growing and learning as a person and an organizer.

I’m staying at UTEP for graduate school in Rhetoric and Writing, but this summer I will be doing a lot of organizing for West Fund and helping with URGE’s national conference.

Be very aware of your limits, but try and give as much as you can to organizing. It’s tough to find that balance, but it is so necessary. You cannot overwork yourself because then you won’t be an asset to the movement; however, I promise you will never regret getting as involved in activism as possible. You will see yourself grow and be challenged, and at the end of your experience, you will know who you are and what your values are. 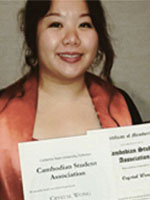 I became hyper aware of the school’s political landscape and of the student’s unawareness of gender equity and reproductive justice. I became loud ìn school and made bonds with people i didn’t expect. I was able to find my voice.

I will be going to graduate school , hopefully to USC’s double program for Masters in Social Work and law.