We Were There: URGE at The Women’s March on Washington & Beyond

The Trump Administration was less than 24 hours old when we took to the streets with millions of others for the Women’s March on Washington and in four other states. With Trump’s Administration taking the first steps towards dismantling every protection we stand up for, we’re remembering the importance of solidarity and mobilizing together. 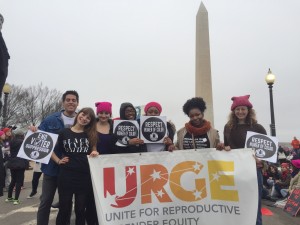 The nation’s capital was overflowing with Women’s March supporters throughout Inauguration weekend. Over 1000 buses registered for permits, bringing hundreds of thousands of activists to Trump’s doorstep to protest hate. URGE was there in full force, with staff and students from Ohio in attendance. Friday’s pre-march (un)Happy Hour, co-hosted with United We Dream and NAACP Youth and College Division, was a success! 200+ march supporters spent Inauguration evening making signs of protest, dancing, and listening to the inspirational words of Linda Sarsour (Women’s March co-chair), Symone Sanders (CNN Commentator), and Christina Jimenez (United We Dream Executive Director).

On the day of the march, we watched with utter pride and love for our fearless Executive Director, Kierra, who joined Planned Parenthood President, Cecile Richards, on stage to praise and activate people of all ages in the fight for reproductive freedom. 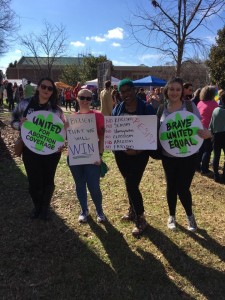 URGE students and staff showed OUT for the Birmingham Women’s March, with our own State Organizer, Danielle, serving on the Outreach Committee. 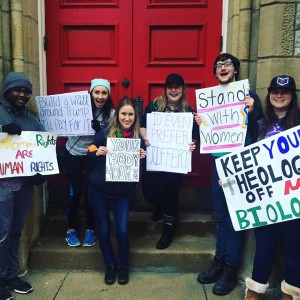 While most activists in Ohio working for reproductive justice headed to Washington DC, a large contingent stayed in state to promote unity and solidarity between movements. URGE students from Cleveland protested at a local march as well. 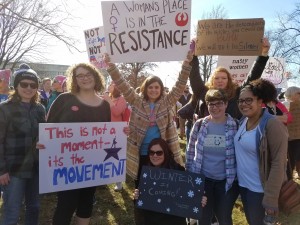 Students from three campuses rallied at the state capitol to protest Trump’s policies and the expansion of reproductive rights attacks. Students from one of our newest chapters, Washburn University, also marched with supporters in Wichita! 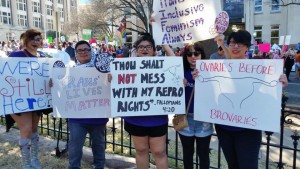 URGE had a presence at the statehouse in Austin and on the US-Mexican border in El Paso. Protesters included current URGE staff and students, and alumni! 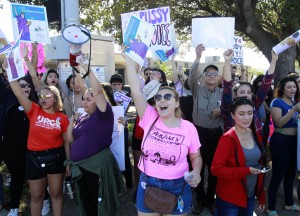 URGE’s staff and students in the Rio Grande Valley took to the streets to show their rejection of Trump’s message of hate, fear, and bigotry.