You Are a Gift 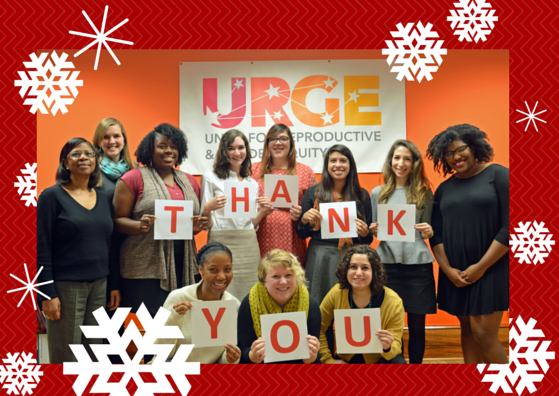 2015… What a year! While it’s a bit of a stretch to feel jolly this holiday season, I am definitely full of hope. Witnessing the vigor of individuals and organizations across the country fighting for justice has helped ease my mind in a year filled with displays of violence and hate. This growth of collective action and positive energy couldn’t have happened without you and your support. As we end the year, I want to thank each and every one of you for your contribution to the progressive victories of this year, and to the fights we will continue in 2016.

This year, Fight for 15 waged war on corporate greed, demanding better treatment for the millions of people who work hard to care for their families. Activists worked to restore the Voting Rights Amendment and remind lawmakers that the right to vote is our most fundamental as citizens. This June, I joined millions in celebrating the victory of marriage equality at the Supreme Court, and I was also inspired to our young people who continued the fight for full liberation for all LGBTQ people. This year, we also saw a movement of students who marched and organized to say that student debt shouldn’t weigh down an entire generation of young people.

And of course, this year, we have seen a national movement – led by young people – speaking out for racial justice. Too many young black folks are dead because of police brutality, the criminalization of the black body, and the cycle of poverty that keeps communities of color living in fear for their children every day. The world is listening and the mic is in the hands of young people.

Now we look to next year, with a presidential election, a major Supreme Court decision, and state battles for reproductive justice all on the horizon. We know the progressive power that has been built in 2015 will be a force to reckon with in 2016.

So, thank you for helping to build that power. Thank you for working across movements, organizing at the grassroots, and fighting to create tangible victories for justice. And thank you for your continued support of URGE and our network of young leaders who are leading that fight.

Supporters like you are a gift and we remain grateful.