Living in a Women’s House Made Me a Better Feminist 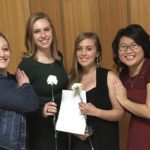 During my first two years attending Kansas State University, I chose to live in a small, all-female residence hall called Smurthwaite Scholarship/Leadership House. To describe what it is, I often say that it’s the perfect balance between a sorority community and a typical residence hall. But my experience in this small community of women is much more than logistically perfect. I have been immersed in a supportive, educated, uplifting, engaging, and friendly family. Now that I plan to move off campus for the rest of my time at K-State, I have reflected on the past two years. Smurthwaite has been foundational to my college experience so far, and it has shaped me not only as a student and a friend, but as a feminist. One factor that has helped me… Read more » 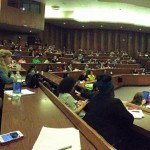 Thoughts on Creating Change: On Solidarity in Community, Part I

It’s been nearly two weeks since The National Gay and Lesbian Task Force’s Creating Change conference in Atlanta, as recapped extensively by Lydia and Amanda. The high of sharing space with thousands of activists has since tapered off, and I’ve had time to wash the remaining glitter from my hair and reflect on what I gained from those five days of institutes, workshops, and collaboration with queers and allies from across the nation. There’s something to be said for this conference taking place in Georgia, my home state. I’m all too familiar with our ongoing fight for marriage equality, not to mention the Southern state’s problems with homophobia, the KKK, and abortion access. While Atlanta is one the most gay-friendly cities in the US, a short drive into neighboring rural… Read more »