A Look At The Wins: Shackling in Prisons 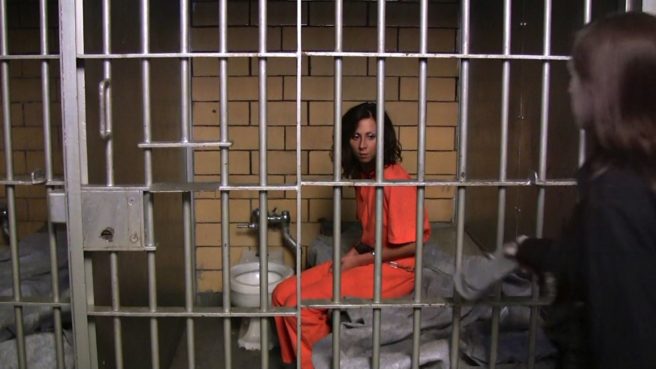 I grew up in Charlotte, NC in a neighborhood called Greirtown, known in the early 2000’s as one of the most dangerous neighborhoods in Charlotte. To this day, it is the only place I’ve felt safe. Neighborhoods made to subjugate and disenfranchise black folks become safe havens for a community. Griertown taught me a lot about prison and how it was a carcel system meant to kill black folks. My mother taught me that I needed to be in constant fear of being incarcerated. What I am unlearning daily is just how dehumanizing prison and jails are and the way that the structural systems they are predicated upon are made to hurt the most marginalized.

In this fight for justice, it can be hard to see through the smoke, most times wins come far and in between. Recently, I followed the work of SisterSong, a reproductive justice organization based in Atlanta, GA. This past March, one of the biggest wins I’ve ever seen came to fruition. Lead by SisterSong and many on the ground organizers, North Carolina’s Director of Prisons Kenneth Lassiter signed a new policy to end the use of leg and waist restraints on pregnant incarcerated women.

While North Carolina is rarely on the right side of history when it comes to reproductive justice it was a welcome surprise to see black women fight and win a battle that seemed for many like a loss. North Carolina joins 18 other states addressing this issue head-on while Utah, Nebraska, Kansas, Indiana, Georgia, and South Carolina — have no policies banning or restricting the shackling of incarcerated women in labor. The policy in North Carolina still allows for women to be restrained in transport and allows restraints to remain off when contractions begin and throughout post labor skin to skin bonding.

With the introduction of the Dignity For Incarcerated Women Act in 2017, more public interest at the end of shackling in prisons is making its rounds. This legislation would ban the practice federally.

I write this as a means to reflect but also to make space for good. In a world that elects rapists to the high court and allows women to be used as props, it can be easy to sit in the muck of it all. This is a celebration of the work ahead and those ways that we can all be a part of the small wins even if the war is long and hard.