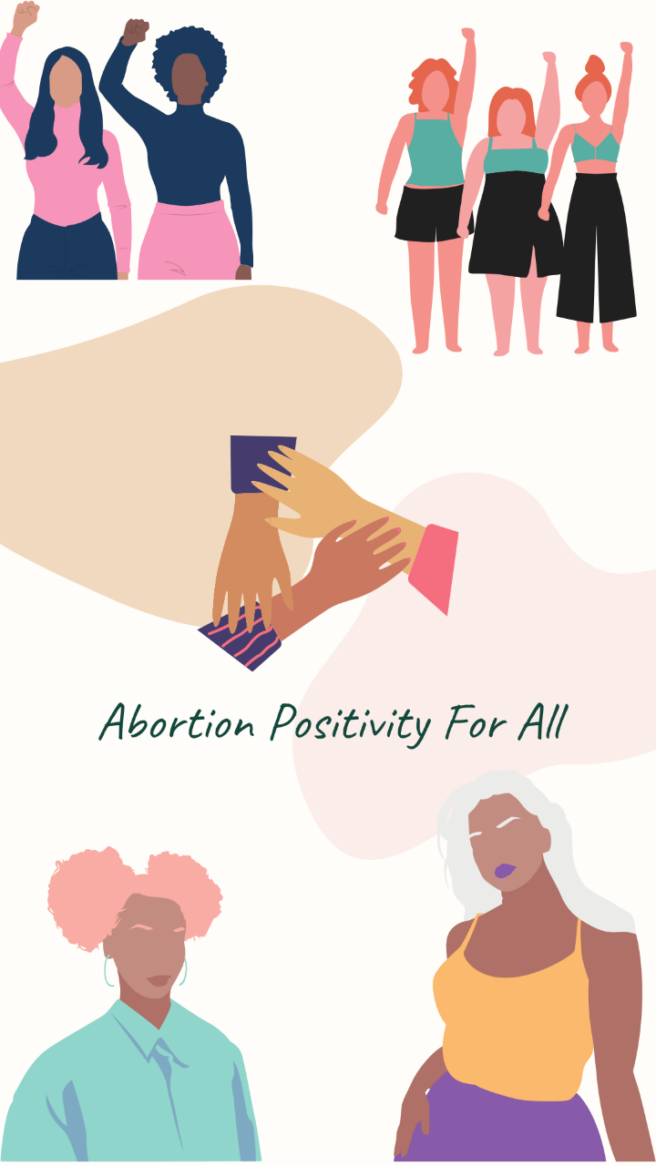 “I never thought of you as someone who would make such a decision” were the words that were uttered to me in such a disbelieving and disapproving tone by one of the most trusted and beloved elders in my life.

These words came after I revealed to them that I was 5 weeks pregnant and getting an abortion. This statement was bothersome for a multitude of reasons. The primary one being that while it occurred during a one on one conversation, it also echoed the sentiments of so many others that also take a larger role in collectively stigmatizing abortion. In translation, this individual really was saying “ I never pegged someone like you, who is such a staunch supporter of social justice and civil rights, to be a baby killer” and that is what makes it even more insulting. It is also worth noting that this particular individual also had an abortion themselves and stated that they” just didn’t want me to have any regrets or internal guilt” as they did. On the surface this may seem as caring gesture, heartfelt even, until you realize that same language and persuasion technique is what is utilized and weaponized against people seeking an abortion . in an effort to dissuade, shame, and discourage them from doing so. If anything, it revealed to me how no one is safe from internalizing these ideals about abortion and how stigmatized it is.

Even before I was in the position to have a one, I had always been a supporter of access to abortion. When I began revealing to people within my circle that I was having an abortion I was met with mixed responses.

Some were extremely supportive and emphasized how it was ultimately my choice to make and that they’d be supportive no matter what. Others were supportive while simultaneously telling me to “take my time and think about it,” as if the choice wasn’t already concrete. Some immediately assumed I was distraught and broken inside which did nothing but infuriate me because I was not at all sad or full of regret. It almost made me question my initial feelings and wonder if I SHOULD’VE felt the regret or sadness they believed I did.

Within the first hour of me finding out I was pregnant I had booked my abortion consultation. Truth be told, I’ve never been more certain about anything in my life. I was 19 years old and pregnant in the midst of both a racial and global pandemic that both demonstrated the unsustainable and lethal nature of capitalism and for a lack of better words, it was a no for me dawg. Even without all that has transpired, whatever reason I had is a good enough reason. Some may read this and wonder “what is the issue with people assuming you were sad? After all, going through an abortion can be sad’.

That’s just it. Abortion CAN be sad. But that also depends on the feelings of the individual seeking it.

There are other external factors that can be saddening when one is attempting to undergo the process of seeking an abortion. Cost, transportation, lack of gender-affirming care, just to name a few. Abortion can also be beautiful, liberating, uplifting, and joyous. Again, depending on the individual seeking one. Though I had already been a supporter of abortion prior to having one, it wasn’t until I had mine that I realized the need for more abortion positivity and abortion positive language.

Two of the most prevalent questions I was asked during and after my abortion were “Why didn’t you use a condom?” and “Why weren’t you on birth control?” These questions are problematic because they frame abortion as the final alternative or last resort when in retrospect, it is an essential and common procedure. Our conversations should reflect that. I recall telling a professor of mine that I would need an extension on my assignments because I was pregnant and undergoing the abortion process. One of my close friends asked why I would do such a thing, my response was “because it is the truth—my truth. There is no shame in this.”

One of the ways I have committed myself to being more abortion positive is by having more open conversations about abortion. I speak about mine very openly because I realize that there is no reason to feel shame and  I have nothing to hide.

Everyone deserves access to abortion care, whether it be by medication abortion or in-clinic. Everyone also deserves to feel loved, comforted, affirmed and supported through the process. The statement “Everyone loves someone who has had an abortion” is not one that should be taken lightly. It is a fact of life and the sooner we collectively begin to treat it as such we will be closer to destigmatization and complete access.