Alabama Councilman, Tommy Bryant, Must Be Held Accountable For Using A Racist Slur Against His Colleague 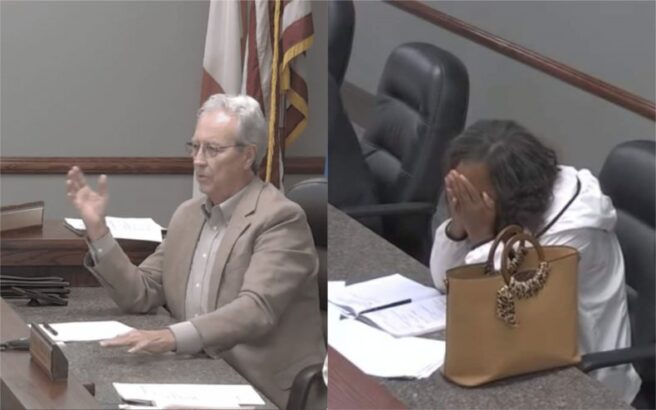 Tommy Bryant does not care about black people. On Monday, July 19, 2021, Alabama councilman Tommy Bryant was caught on video using the n-word towards fellow councilmember Veronica Freeman in a derogatory manner during a council meeting. Bryant has rejected requests to resign and has faced no consequences since the incident occurred. The city of Tarrant, which Bryant represents, has a 53.06% population of Black Americans who deserve to be represented by a councilman that doesn’t use slurs in government buildings and gets away with it. Tommy Bryant needs to be held accountable for his blatant disrespect towards his fellow councilmember and his constituents.

Growing up as a young black woman in the South, I am no stranger to microaggressions hidden under the guise of southern hospitality.  I have also attended a predominantly white institution (PWI) for most of my life which means that I have experienced a certain level of this so-called “hospitality” that I would not wish on my worst enemy. The problem with white southern hospitality as a cultural norm is that it allows people to perpetuate racism and other bigotry under the guise of it being normal or common. I have witnessed it with my white peers when they’ve excused their grandparents’ offensive comments by saying “Oh that’s just how they are” and in school with situations such as a teacher saying that protective hairstyles (worn by Black people) were not considered professional. When comments like these are routinely brushed off as not a big deal, it allows people like Tommy Bryant and his wife to get away with saying and doing things that are racist and completely unacceptable.

The situation that led to this incident with Bryant, began due to a citizen questioning Bryant about racist comments his wife had recently made through social media. Rather than apologize for the comments made, Bryant decided to counter these accusations by using another slur himself directed at one of his colleagues. Since the incident, many have called for Bryant’s resignation from Tarrant’s council. Not only does the councilman refuse to apologize for his actions, but he also claims that he was simply repeating what the mayor had said (as if that justifies what he’s done). When asked by a reporter if he considered himself racist Bryant replied “I might be.” This was a statement made by a man who knew that he would not be held accountable for his actions because of the position of power he currently holds. It is extremely harmful for citizens to be led by a politician who outright admitted to possibly being racist. If Tommy Bryant is willing to admit to being bigoted then he is also likely to support and even advocate for racist and bigoted legislation.

This is not someone who should be representing Tarrant’s majority Black population.

It is clear that Bryant does not respect the Black community. The slur in question was used to refer to enslaved people who were considered to be of a higher status than the enslaved people who worked in the field but were still enslaved nonetheless. Bryant used this slur to make an example out of Veronica Freeman to ensure that she knew her place in Bryant’s warped perception of reality, which makes what Bryant did even more hateful.

Councilman Bryant’s wife, Nancy Mahler Bryant claims that she now carries a gun with her whenever she leaves her home out of fear for her and her husband’s lives because of the backlash they have received for their behavior. This is ironic to me considering that the fear she is experiencing is equivalent to the fear that Black people face every day for simply existing. Racial tensions in America are almost always high considering that the nation and constitution were built and created by people who believed in the whole ⅗ person thing. However, the rise in deaths by police brutality, unnecessary incarcerations, and an abundance of Karen wreaking havoc on the Black community, It is especially horrifying as a Black person in the South to see the people who are supposed to represent you do the complete opposite of what they were put in office to do. Our city representatives and policymakers are supposed to uplift us, fight for us, respect us, and have our best interest at heart. Tommy Bryant does not and will not do that for Black constituents and needs to be replaced because of this.

It is time for the folks of Alabama and anyone who cares about justice to mobilize and rally for the removal of Tommy Bryant from Tarrant’s city council. Complaints can be made by contacting Tarrant’s city hall and Governor Kay Ivey about this atrocious matter.