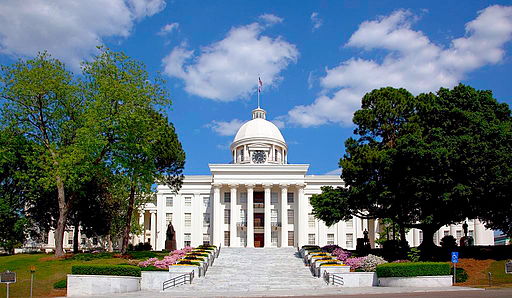 As of 2014, Alabama has five abortion clinics.  Today, the House Health Committee is having a public hearing on Senate Bill 205, which could force clinics to relocate or ultimately shut down, further decreasing our already limited access to abortion providers.

SB 205 would prohibit the renewal of licenses for abortion clinics within 2,000 feet of a school—the same distance required of sex offenders. Not only does this distance and the association with sex crimes make obtaining an abortion seem like an illicit act—Senator Paul Sanford, who proposed the bill, even stated that if they can limit a pedophile’s proximity to a school, they should be able to do the same with the clinics—but it also comes across like yet another law imposed in the hopes of shutting down clinics and restricting abortion access even more.

The likelihood of a new abortion clinic just springing up near an elementary school seems slim, and as Sanford is a Representative from Huntsville and knows the area, his intentions are clear: he wants to do what he can to shut down one of the few remaining abortion providers in the state. This clinic in particular was already forced to relocate once “in order to comply with the 2013 Women’s Health and Safety Act and its regulations on building standards,” which specifically target abortion providers under the guise of benefiting women’s safety, as the name of the 2013 Act might imply. The notion of ‘protecting’ children appears to be following the same vein.

Sanford has also said that this bill would be beneficial to schools because clinics “tend to cause a certain amount of commotion on a regular basis,” as though the existence of abortion clinics is disruptive. The commotion he is referring to would be the protesters, who flock to clinics in an effort to shame people for wanting an abortion (or whatever other services reproductive health centers offer). The clinics themselves, as with most medical facilities, do not inherently cause or invite disruption and commotion. If Sanford truly felt that noise was the issue, he could do what was suggested as alternatives to the buffer zone, which was struck down by the Supreme Court in 2014: he could propose laws against “harassment, intimidation, and obstruction.”

Since this is not anywhere close to what Sanford and the other supporters of the bill have proposed, noise is not what he is concerned about. I urge anybody who supports the right to abortion access to contact the House Health Committee as soon as possible and let them know how you feel about this pressing issue.