Alabama Amendment 2 and Other Trigger Bans: A Poem

They’re coming
They’ll say they don’t want to control our bodies
They just want to protect the innocent
The pure, the precious, the untouched, unborn
The hardworking, the virtuous, the God-fearing men
They’re here,
If they’re “woke” they’ll preach protection
But he calls my “protection” “abortion-inducing pills”
He who lays the law of the land, the law of my body
Spits out the words like they are venom
Calling our trauma “a joke, a farce”
Commanding a gold star commendation
From our ever faithful commander-in-chief
But how did it come to this?
They’ve always been this way,
Preaching “abstain”
From such a young age,
Don’t distract him! His natural male urges
Are pushing too hard against his zipper of self control
“He doesn’t know any better,
You know boys will be boys”
They’re everywhere
They are Shakespeare and Hemingway and Fitzgerald
They are your “great heroes” cursed with their “tragic flaw”
As if it is man’s fate to manipulate,
To hurt, to damage, to eradicate
To achieve some sort of prophesied justice
Wrap up male aggression in a pretty little thesis and call it “hubris”
Romanticize abuse as a stepping stone to ascendency
Putting borders on my body like it’s their manifest destiny
They’re hidden, they’re in disguise
In comfort colours t-shirts and silver chains reminding you of He who was crucified
Whispering all the sweet nothings he plans to do to your body,
But ask him how he thinks the law should dictate reproductive policy
And watch him robotically reciting gentle maxims to dodge the controversy
“Oh I’m just not all that political,” or
“This just doesn’t really affect me,”
Brushing off our autonomy
like a stray hair from a sweater of privileged biology,
The apathy stings more of betrayal than outright opposition.
It’s bad enough you label my body but you will not make it my personal prison
They’ll say “Roe is 45 years in our rearview mirror, this fight has been fought,”
So why do Alabama and West Virginia have abortion trigger bans on their ballot?
These clever little convolutions
Already stamped into four different state constitutions,
Imposing outdated restrictions on my most fundamental possession
And calling it religion,
In two thousand and eighteen, this “glorious era of modernity”
Legislation revokes my choices about maternity?
This history is corrupt, the direction of this progression is nonlinear,
I guess objects in mirror are closer than they appear
They’re gathering
At the polls, at the rallies, at the protests at clinics
With their fear-mongering, threats, coercion backed by fake facts
Prodding and provoking our most delicate emotions
Calling us “murderers” for supporting the pro-choice notion,
But who were the murderers in the countless clinic attacks?
“Your personal opinion” isn’t so harmless when it’s fueling violent acts
In Florida, Colorado, our very own sweet home Birmingham, Alabama
They’re here,
They are the subtle changes buried in pages of confounding policy
Slowly erasing our names from the life-long mortgage we have on our bodies.
Alabama’s Amendment 2 is not a unique restriction
It is a product of a culture that gives men free-range jurisdiction
They want to make this country “great” again,
But a ban on abortion is not some magic moral prescription.
This is not the Handmaid’s Tale,
We must break down the long-standing power-dividing partition,
Vote on every possible position with precision,
Your voice matters in every democratic decision.
Yes, they are coming
They are preparing for the battle over our most sacred territory,
But we have long seen them coming,
In fact, we never left.

Phoenix Fogarty is a sophomore at the University of Alabama majoring in Secondary Education: English & Literature and minoring in Creative Writing. She performs poetry with the Alabama Student Association of Poetry and write articles for the Alabama chapter of national feminist magazine, Hercampus. She joined URGE canvassing to raise awareness about Amendment 2 in Alabama. 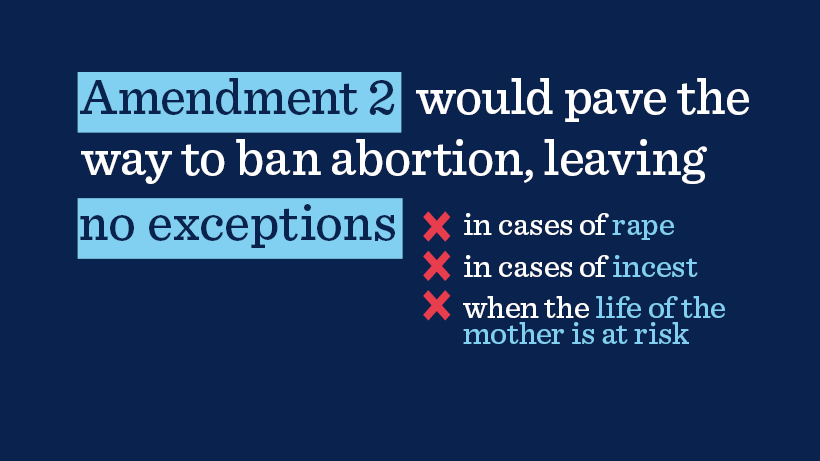 Image via Alabama for Healthy Families