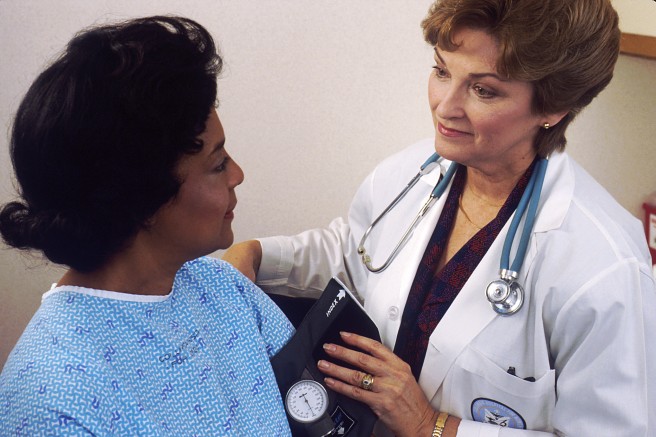 This week we commemorate the ruling of Roe v. Wade that made abortion legal in our country. In doing so, the doctors who provide abortion services need to be appreciated for their tremendously important work to keep equal healthcare rights alive in the United States.

Since Roe was enacted, there have been many attempts to undermine accessibility to abortion and overturn the ruling to keep it legal. Over the past forty-two years, there have been many federal attacks to dismantle equal rights for women. From the Hyde Amendment to Planned Parenthood v. Casey to the rise of state restrictions on reproductive health providers, the doctors who choose to continue to provide abortion services are extremely valuable to anyone who supports equal rights. With all of this documented federal pushback it is important to pay tribute to the amazing work of doctors who continue to make healthcare accessible through their practices.

According to the Guttmacher Institute, “The number of U.S. abortion providers decreased 38% between its peak, in 1982, and 2005” As of 2011, the organization documented that there are 1,720, which is about the same as the documented number in 2005. This interactive map by The Daily Beast shows how abortion access is spread out in the United States. Some of the states that have the fewest providers include North Dakota, with only one abortion provider, Mississippi, with one provider, South Dakota, with two providers, and Kansas, with three providers.

In North Dakota, the Red River Women’s Clinic is the only place that provides services to women in the entire state! The people that work there deserve all of the love letters and support they can get. In Kansas, the three clinics that still exist have to battle against their tragic history and the assassination of Doctor George Tiller. Many of the doctors in these battleground states do not share their identities because of the danger they face. One doctor in Mississippi has come out and shared his story.

Dr. Willie Parker, who operates his OB/GYN practice to provide abortion care in the South, was just recently honored by the United Nations for defending women’s human rights. Parker is the only abortion provider in Mississippi. He has acknowledged in many interviews the ways that he sees lack of access to reproductive healthcare disproportionately affecting the lives of poor, women of color, particularly in the South. His work has helped many people have access to the care they need and has spread awareness of options to communities that exhibit the strongest need for them.

There are many organizations that are devoted to keeping these doctors safe and acknowledging the powerful impact of their work. As Roe’s ruling continues to face dissent, there is a need for continued support and appreciation of the doctors that provide the services needed to uphold the law.

The National Abortion Federation is an organization for clinicians and physicians that support reproductive rights. NAF is the “professional association of abortion providers in the United States.”  NAF operates a hotline that provides referrals and information to people who are looking for a provider.

The organization called Physicians for Reproductive Health is dedicated to supporting doctors who provide abortions. There is a really interesting section on their website that discusses doctor’s stories called “Why I Provide Abortions.” If you are interested in reading more about the experiences of abortion providers, Jezebel did an article on the 40th anniversary of Roe v. Wade that quotes many doctors who shared their stories about their work. Teen Breaks also wrote up a few doctor’s stories on their website. I think these articles are indirect activism that totally show support for abortion providers and the hard work they put in to provide patients with equal care.

Last Tuesday, The United Nations just released many videos that share the stories of prominent women’s rights defenders around the world on YouTube. Many of these videos tell about people who are defending equal access to healthcare. The project is an extension of the organization’s Campaign Honours Women Human Rights Defenders.

Even in the face of hate and even death threats from anti-choice extremists, these doctors continue to make access to health care equal for all. Every single doctor that fights to provide reproductive care deserves to be recognized for their bravery. As we commemorate the successful passing of Roe v. Wade this week, acknowledging and thanking the doctors whose work keeps abortion available to those who choose it makes the decision that happened forty-two years ago all the more real. Send them love and kind words because they are the protectors of equal rights!

One Response to “Sending Love to our Abortion Providers”