Black in Blue: Why the Austin Bombings Mean More Than What Meets the Eye 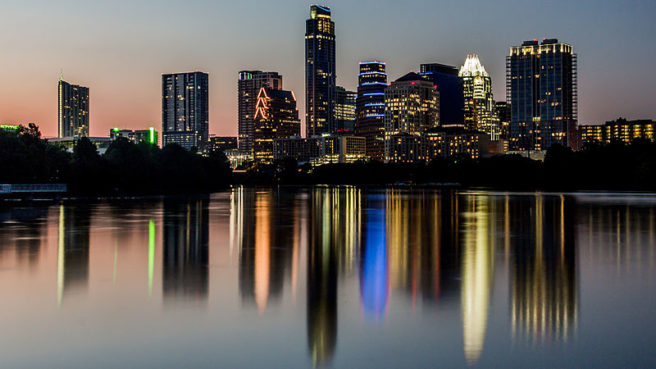 Recently, I have felt very far away from my home. While I watch the city come together over a particularly personal bout of violence, I have been thinking about what it means to be a person of color, to be a woman, to be queer in a city that holds itself up as a shining beacon of liberalism.

Maybe it’s partially because Austin has always felt more like a small city than a sprawling metropolis, and maybe because we all just view it as liberal in comparison to the rest of Texas, but, Austin has seemed to respond with a type of shock I did not expect.

Of course, it has not even been a week since the bomber blew himself up in a suburb of the city. It all still feels fresh and new and in our backyards, which it all was. But, as we move out of mourning and into a deeper investigation, I hope Austin recognizes the racial impact that this circumstance has on the city. I hope my city does not brush off the distinct racialized nature of this violence as the work of “a misunderstood young man”.

As Austinites often forget, one of the most omnipresent figures in the city, the University of Texas, was built to divide the city along racial lines. The creation of the university moved most all of the black population of the city to the east side of town– a move that was only enforced by the building of a major interstate to divide different sides of downtown.

Outside of systematic racism against black Austinites, living as Latinx is not always inviting. If you have ever been to Austin, you will know that all roads literally lead to the Capitol, down a street with a completely unblocked vantage point. This building has come to house cruel and unconstitutional law against the undocumented immigrant and larger population of color in our state. And as much as we like to view Austin as some shining light of hope among a hostile Texas, that has not been the case in practice.

What I am trying to say with all of this is that we, as a larger society, but particularly Austinites with our blinders on, cannot dismiss this act of violence as merely that. These attacks were directed at predominantly black neighborhoods, which eventually resulted in the death of two black men.

One of them, the much acclaimed seventeen-year-old musician Draylen Mason, was and is still a symbol of black excellence. Through his father and the father of the other victim, Anthony Stephan House, the two critically injured men interacted in the same communities of Black Austinites.

This is where I call for Austin to look directly to the racialized nature of these crimes. As much as we believe that you leave the city limits and enter a new territory, we must remember our position as, yes, a statically liberal place, but within a larger culture. Austin does not somehow magically exist out of the context it was created in, and thus, if we all gasp at the atrocities but forget the context, we are doing a disservice to the city we love so much.

To target two black men who were leaders in their community is no coincidence. It is time for white Austinites to see this, to say their names, to understand that even if we can brush it off as “not racially motivated”, it definitively was because of the victims.

To all of the white Austinites like myself who think this could never happen in our community: remember the history of our so called “liberal city” and how it has always treated residents of color.