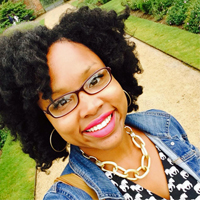 Age: 21
School: The University of Alabama
Major: History
Hometown: Washington, DC
Favorite writer: Warsan Shire
Favorite sex scene from a movie/TV/book: I have a bit of a confession to make, in that I can hardly think of any true favorites from a movie, TV, or book. I do, however, have dozens of scenes from fanfiction that I could tell all of you all about and it would be awesome. Alas, if I can choose one that grabbed my attention right away and made me actually think about how sex is represented and portrayed in the media, it was a scene from Sex and the City. I've only seen a handful of episodes, so I'm not anywhere near a fan, but still. It was between Samantha and a guy she met at a restaurant. What I remember noticing very clearly and what stood out to me immediately was that the scene was littered with condom wrappers, and the longer Samantha and her dude had sex the more condom wrappers there were. I'd never seen safe(r) sex portrayed like that anywhere. So in a lot of ways, that truly ridiculous scene about nonstop sex was, ironically, one of the more realistic ones I'd ever come across. Ever.
Hidden talent: I'm decent at interpreting astrological birth charts.

Taking Care of All of Us: Young Parents and the Culture of Shame 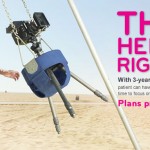 I was ecstatic to see advertisements for the newest IUD on the market, Skyla, in the monthly women’s magazines I subscribe to. I was less than pleased about the content of the ads themselves. They feature cheery young women with different props or in different settings that are emblematic of childhood: a baby carrier here, a playground there. The tagline of these ads is “This is my baby right now” as she plays with or cuddles something that symbolizes her passion; one of the women pushes her tripod on a swing and another waits at the bottom of a slide for her violin. “Plans prioritized,” the ads gush. Skyla is the first IUD that was created and tested specifically for people who have not given birth yet, so it makes… Read more »

Trigger warning for discussion of rape/sexual violence and rape culture. There are four truths about rape that seem to escape or get ignored by the collective conscious: Rape is real. Rape is not sex. There is no such thing as an “actual” (or a “true” or a “real” or a “legitimate”) rape. Anyone of any gender can rape anyone else of any gender. Yes, the overwhelming majority of people sexually assaulted are women. Yes, most people know their rapist, either because they are a friend, an acquaintance, or a relative. Yes, most rapes are “non-violent” in the sense that a weapon is not used by the rapist against the person they are attacking. Yes, rape is considerably under-reported. However, none of these facts invalidate rapes that are committed against men… Read more »

Last February I attended Take Root, a reproductive conference that serves activists and allies from red states, over the course of three days on the campus of the University of Oklahoma. It was a brilliant and affirming experience. One panel stood out the most. On this panel, a pair of black midwives recounted experiences providing prenatal and delivery care to black women. One of the midwives talked about how cultural sensitivity is extremely important in her work. Apparently in the eighteen-odd months between Trayvon Martin’s murder and Zimmerman’s acquittal, she saw that the number of stress-induced complications drastically rose in black women’s pregnancies. Not only that, but several of the black women in her care had nervous breakdowns, panic attacks, and insomnia. The midwives discussed the absolute necessity of holistic… Read more »

The sex positivity movement that has emerged in the last few years has made amazing efforts in challenging sexist and misogynist attitudes about women’s sexual expressions, everyday behaviors, the clothes women wear, and the like. For every magazine article that sounds off about Millennial women’s alleged narcissism and labels us the #selfie generation, there are thousands of girls flooding Tumblr and Instagram at any given moment, discovering how to love themselves through the creation and recreation of images they have total control over. (Note that while Time‘s article was about the generation as a whole, Time chose a tween girl with her phone for its cover.) Sex positivity gives girls the space to stand up against predatory male teachers who complain about them wearing bra straps and yoga pants, and… Read more »

The Sad State of Bisexuality on Television

[Warning: Spoilers about How to Get Away With Murder are ahead] My heart sank as I watched last week’s episode of How to Get Away with Murder (HTGAWM), primetime’s newest television show that has me rushing home on Thursday evenings, as Michaela Pratt yelled at her boyfriend Aiden for not telling her about a high school romance with her fellow law student Connor Walsh. In the Facebook chat with two of my other friends, we did our best to give Michaela the benefit of the doubt. Was she mad that Aiden hid something from her, making her anger a matter of (broken) trust? Was Michaela upset that he’d had a teenage fling with Connor, so that her frustration was about “sharing” her fiancé with her rival? Alas, it was not… Read more »

The Kids Will Be All Right

Earlier this week, the American Academy of Pediatrics (AAP) approved for the first time the use of long-acting contraceptive methods (LARCs) as the first recommended choice for teens. These devices, the intrauterine device (IUD) and the implant, offer the best of protection against unwanted pregnancies for at least three and up to twelve years (ten FDA-approved). This is especially good news considering that Skyla, the newest IUD on the market, was designed explicitly for young people and/or those who haven’t given birth.  Two of the biggest reasons why it’s been difficult for those groups to find a gynecologist who would be willing to prescribe them IUDs were the slight risk of expulsion from the uterus before pregnancy has occurred, it was something that doctors used to discourage or outright deny… Read more »

I would guess that most students who arrive on a college campus as freshman did not receive comprehensive sex education in middle or high school. While most of us learned about sexually-transmitted infections in the classroom, it’s also the case that for most of us, our sex education was either abstinence-only or at least elevated abstinence from sex as the universal best choice. There are lots of other numbers to throw around: about a third of people in their late teens don’t receive any formal education about birth control, and even if they do, only a fourth of them know anything substantial about the Pill. In a standard high school sex ed course  ̶  if you get one at all, and considering that less than half of all states mandate… Read more »