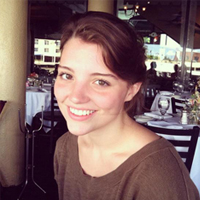 On Sunday, September 21, 2014, the People’s Climate March was held in New York City. Organizers estimated that over 400,000 people from across the globe gathered to protest climate destabilization. The rally was devised in response to the United Nation’s Climate Summit as a strategy for international environmental justice advocates. Many people in attendance of the march voiced their encouragement of governments to put sanctions on domestic industries and corporations that will decrease pollution, and called for divestment from corporations that thrive off of the exploitation of people and the environment. The People’s Climate March was the largest climate march in history, and with “2808 solidarity events in 166 countries,” it is clear that the degradation of the environmental is tied to many social justice issues. As advocates for reproductive… Read more »

WTF Ohio? A Guide to Current Legislation and Activism

Right now, there are no clinics in Ohio with active licenses to terminate pregnancies. Every single clinic is currently out of compliance with Ohio legislation. RH Reality Check just released a run-down on Ohio’s newly renewed anti-abortion budget yesterday. Over the past few months anti-choice legislators and activists have been engaging in attempts to shut down clinics one by one, without much interference from local lawmakers. Recent Ohio legislation has constructed a terrifying model for shutting down clinics — and it could get used by states across the country. Texas, Alabama, Louisiana and other states have seen their fair share of Targeted Regulation of Abortion Provider, also known as TRAP, laws that are designed specifically to shut down provider service facilities. Fortunately for women’s health advocates, many judges have ruled… Read more »

Uncovering Undercover Colors: A Cosmetic Fix to a Systemic Problem

Undercover Colors, a nail polish that can detect date-rape drugs (also known as benzodiazepines) in potential rape victim’s drinks, has proven to be highly controversial throughout mainstream media and the feminist blogosphere. The product invented by invented by four male undergraduates at North Carolina State University, is being marketed towards female identifying individuals to use to prevent their own rape. Like the many rape-prevention products that have come before it, under this nail polish’s cover of empowerment is just another product that functions to place victims of rape, harassment, and assault at blame. This cosmetic could be genuinely helpful and a great product for those who like to wear nail polish, those who can afford to buy it, and those in situations where benzodiazepines are involved. The service it will… Read more »