Banning Critical Race Theory is Problematic and here is Why 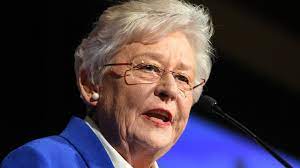 On October 21, 2021, Alabama Governor Kay Ivey announced a ban on critical race theory being taught in K-12 schools. Many Alabama natives are upset by this as they feel that the ban is less about the education the children of Alabama are receiving and more of an attempt to erase the less shiny parts of history. And they would be right. Kay Ivey has a history of using her platform to demean people of color and this is just another one of her sad attempts at doing just that. As a native Alabamian, I will not stand for it.

Critical race theory (CRT) is an academic concept that’s core idea is that race is a social construct and racism is more than an individual’s bias or prejudices (Sawchuck). It can be seen as “a way of understanding how American racism has shaped public policy, or a divisive discourse that pits people of color against white people” (Sawchuck). CRT is typically taught in law courses and graduate-level courses, not in K-12 schools. Theory teaches the side of history that is left out of many textbooks. It teaches the long-lasting effects of racism within society and the legal system. Essentially. Critical race theory is not being taught in primary schools as is, so to ban it would mean we are preventing students from even having the discussion. This means marginalized students will continue to learn harmful history that often completely erases them from the narrative or is willfully ignorant to the realities that they are experiencing.

Kay Ivey has a history of completely neglecting her constituents of color. Rather than addressing issues that actually matter she often dismisses the voices of BIPOC Alabamians or completely ignores us. Let us not forget when the people of Alabama called out Governor Ivey for attending a party in blackface, rather than addressing the issue, Governor Ivey ignored our complaints until the pictures were heavily publicized. After the media called her out she then proceeded to post a half-assed, insincere apology explaining how her actions were unacceptable and she would pledge to do better. Whatever. This example is one of the countless times the voices of black people and people of color were not heard until white people got involved. Her actions of banning critical race theory in schools follow her pattern of intentionally disregarding the voices of POC to push this ignorant and harmful narrative that white people are absolved of the transgressions of their ancestors.

The education system in Alabama as a whole is already one of the most underdeveloped and underfunded in the nation as is. History textbooks in my school barely acknowledged that Black people existed outside of slavery, the Civil Rights Movement, and Jazz. It is important that we discuss how harmful it is for young Black kids to only see themselves as enslaved people or musicians. It is also incredibly harmful for educators to not address racial tensions and social dynamics, especially in the South. Knowledge is power, and the first step of making our schools a safer learning environment for students of color is to make sure students feel safe enough to ask those tough questions.

By not allowing critical race theory in schools, Governor Ivey is prioritizing white fragility over actual history. Critical race theory is not about tearing down white people, it is about looking at our lives more holistically and acknowledging how different our experiences can be. It is important that we teach kids from an early age that you need to ask those difficult questions and respect other people’s experiences, even if they are not your own.