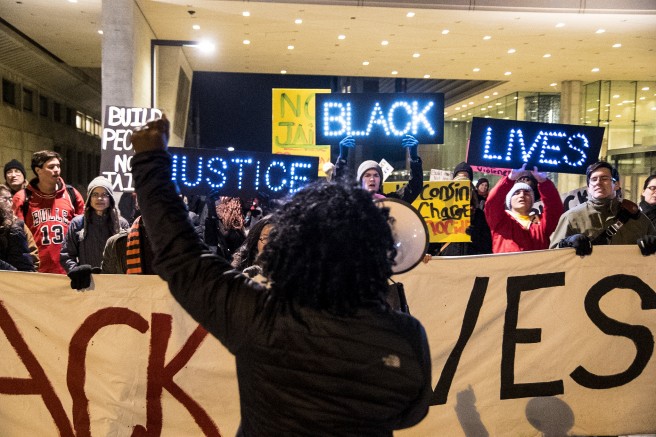 I recently asked one of my black female friends about her activism. “Why don’t you feel connected to reproductive justice and reproductive health work?”

Her response was, “Access to abortion is important, but we are getting killed for simply existing. I want to focus on that.”

I understood where she was coming from, because I definitely felt that exasperation too.

Like many of us, I was not always familiar with the concept of reproductive justice or even feminism. These were terms I had loosely heard about before, and I vaguely remember in high school reading a Seventeen magazine article about it, but that was the gist of my exposure to it at that time. I grew up in the South—southern hospitality, really amazing sweet tea, and mouth-watering soul food are definitely imperative aspects of the culture, but so are certain gender roles. I knew I always felt weird about it, that there was something condescending about the way men would gawk at women and say “Hey, baby” or “Smile, darling! Don’t look so upset!” However when challenged on these comments, these same men would reply, “I’m just being nice!” I struggled with that for a while; were they being nice and was I just a bitch?

However, it was in my Women Studies class during my sophomore year of college when I had ‘the awakening.’ We were talking about all of the past Supreme Court cases that affected women, so we definitely discussed Roe v. Wade at length. But this particular discussion entailed more than that. We talked about reproductive justice and reproductive health and what that specific ruling meant (or should mean) for women in this country. I had done social justice oriented work before, mostly centered on racial justice and discussing the disparities within the public school system, but honestly, it was this class that changed it all for me, on my activist path to reproductive justice.

We had projects about self-image, in which I brought in a white Barbie doll proclaiming that my family placed an importance on buying only black Barbie dolls for me, because they knew how much representation mattered. Growing up, I always felt weird about the intersections of my race and gender. I identified heavily with being black and black culture, but then I would overhear the comments my own black male friends would say about black women and secretly cried, because I wondered if they thought those terrible things about me too. I knew sexism was a huge problem and could relate with my white female friends on that issue, but I also cringed at some of the things they would say, even when they implored ‘it was just a joke.’ I felt unsafe most of the time. What I knew most in this world was feeling uncomfortable. I was aware that this is the experience that many black women and other women of color face living in this country.

In this women studies class, for the first time ever in an academic setting, I felt at home. Because of the variety of ethnicities represented in my class, our professor beat the term intersectionality into our brains, and she practiced it too! Sure, we learned about the first wave of the women’s rights movement and Susan B. Anthony, but we also learned about the womanist movement and how that was originally created because black women were continuously mistreated and silenced in the mainstream movements. We learned about Ida B. Wells and her campaign to stop the lynching of black men. We read long and verbose passages written by Gloria Anzaldua detailing her experience of identifying as a lesbian and how she often felt lost—not accepted by white women and also not accepted by her Mexican family. We spent an entire week talking about the high (and well hidden) rate of undocumented women who often get raped or sexually assaulted by border patrol officers while attempting to cross the border for what they hoped would be a better life for them and their family, and yet their first entrance into this country was met with unbelievable violence. My professor was not afraid of bringing up uncomfortable topics and the various oppressions women from all kinds of racial identities might or would ultimately face.

Enter: Reproductive Justice activism. I was so incredibly excited to dig deeper, learn more, and fully invest myself in this particular cause and movement. I thought I had finally found a movement that was tailored to the experiences of women, people of color, and LGBTQ folks, because this was exactly how it was presented to me. However, as I learned more, I found myself being immensely disappointed. It seemed like most people’s interpretation of reproductive health and justice only means access to abortion and information on sexual health.

I had friends who shared articles on rape culture on various social media outlets, but refused to talk about the overwhelming and humiliating policies placed on low-income women and women of color, making them feel ashamed to ask for government assistance. Were they (we) not considered women too?

I knew people who championed themselves as proud and well-versed reproductive justice activists, but fell silent when discussing the alarming rates of LGBTQ youth who are homeless, and who are even quieter when discussing the tragic and brutal violence trans women of color face on a daily basis.

I became enraged when my fellow reproductive justice activists shouted in the streets when talking about access to abortion, but had absolutely no opinion on drone strikes killing and traumatizing civilians in Pakistan and other regions of the world, destroying schools and homes, and hindering children, especially young girls, from living a safe and healthy life.

I think that has been the most interesting part of reproductive justice—always feeling the need to have these open and raw conversations on what being a reproductive justice activist entails. I absolutely love this work, and I know plenty of amazing people who are dedicated to this cause. It is important to note that I have seen an increasing amount of attention being focused on multiple movements and bridging the gap between these causes and making them intersectional. However, we all (including myself) definitely need to be more vigilant about discussing the multitude of issues that affect women who come from different backgrounds, various socio-economic statuses, and not just the ones that fit a certain criteria. The face of this movement should not only be white women, but a variety of folks. The more importance we place on discussing issues that simultaneously intersect into access to abortion, the more we can reiterate the fact that safety and having ultimate control of our bodies and what we decide to do with them, is the foundation of reproductive justice.

Justina Trim is a recent college graduate from Georgia State University with a degree in Sociology and a concentration in Race and Urban Studies. She is the Communications intern at URGE this summer.