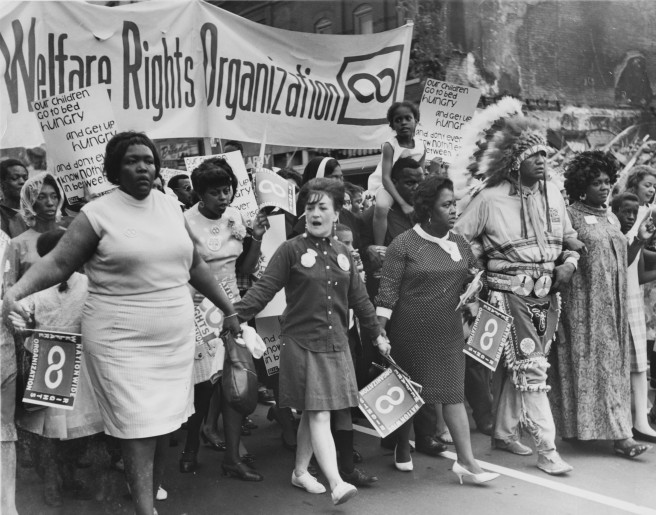 Earlier this week, California Governor Jerry Brown made two decisions about women in the workplace that, at first glance, seem contradictory at best and incomprehensible at worst.

The Governor signed  an equal pay for equal work bill which helps ensure that women who do substantially similar work as their male counterparts be paid comparable wages. But, amid the positive press, Brown quietly vetoed a bill that sought to revise workers compensation laws. The  bill sought to close loopholes which categorized pregnancy and menopause as legitimate pre-existing conditions in determining employer’s liability. Put simply, the veto was a victory for insurance companies and employers, who can continue to legally reduce the amount of workers compensation Californians are entitled to by law, simply because they live in bodies that experience these natural processes.

Even if their discordance might come off as jarring at first, Brown’s decisions were not ideologically incompatible. Understood in the context of a strain of feminism informed by capitalist prerogatives, the Governor’s positions actually make perfect sense. Supporting equal pay for equal work allows politicians like Jerry Brown to cultivate an aura of dedication to feminist causes without addressing larger systems of oppression. Clearly this bill represents progress; men getting paid more than women to do the same work is obviously flawed. But these reforms are also very limited. Paying women and men the same salary for the same work does nothing to address the ways in which women are seen as workers with fundamentally different and invariably less compensated needs and skills.

What gets lost in politicians’ self-congratulatory sound bites about equal pay is the depressing reality of being a female worker in our profit-driven society. The tenuousness of their commitment to gender equality is exposed when people like Jerry Brown veto one common sense reform like the worker’s compensations bill, while supporting another common sense reform like equal pay based solely on their respective acceptability to bosses. The undercurrent that animates both the wage equality and workers compensation debate is as old as Karl Marx himself– that workers can’t be trusted. At the end of the day, capitalism is sustained by systematically devaluing feminized labor and denying the immense amount of unpaid care work people, and especially women, preform every day.

While the equal pay for equal work act passed by Jerry Brown seems like a small victory we should get to celebrate as feminists in a world full of bad news, doing so would deny the role that corporate interests play in perpetuating gender inequality. Feminists and reproductive justice activists have too often acquiesced to piecemeal victories without challenging what got women there in the first place. Here’s hoping this next equal pay day we can move towards a more far reaching agenda around women’s work.

Image by tineye via Wikimedia Commons