Brown People Are Valid, Too 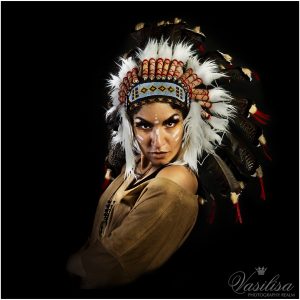 An Anne Frank Halloween costume for little girls recently sparked outrage on Twitter and beyond. The backlash occurred almost immediately, forcing the company to quickly pull the costume from the market. I completely understand why people are upset and I agree with them. Though the idea behind the costume seemed well-intentioned–the companies claimed they wanted little girls to be able to look at Anne Frank as a sort of superhero–the idea itself is exactly why it isn’t right.

It is easy to read the story of Anne Frank and regard her as a sort of hero who held onto hope in the face of great adversity; but there’s a difference between her and Wonder Woman: Anne Frank was a real person. However heroic a person might think her story, it is far more tragic. Making a costume out of a child who was killed by Nazis to service a bigoted, horrible political agenda is insulting to her memory and all others involved with the Holocaust. Companies were correct in taking the costume down from their website. However, why don’t seem to care about costumes of other actual people–like Pocahontas, for example?

Jokes involving people dressing up as Native Americans on television have diminished in recent years but not by much, and Pocahontas costumes are normalized up to the point that many can’t even conceive how it could be offensive. This is partly attributed to the Disney movie that depicted a fictional version of Pocahontas, and I suspect that people believe that since the movie isn’t historically accurate, then the character Pocahontas is something else entirely from the actual Pocahontas and can be made into a costume. However, this mindset very much reinforces ignorance about the story of Pocahontas, a story not too dissimilar from Anne Frank’s: a young girl abused and killed at the hands of people with political power, targeted almost solely because of her race.

So why are people quick to call out an Anne Frank costume without blinking an eye at the costumes of Pocahontas? First and foremost, it’s just plain old ignorance. The story of Pocahontas is taught in schools, but the realities of the injustice towards Native Americans are merely touched upon from the perspective of people who commend the actions of the pilgrims. Add the twisted Disney version to the mix, and it’s easy to forget about the real story of Pocahontas. Though there was some concern over the fictionalized version of Pocahontas when the movie was released, I believe there would be a lot more outrage if there was a movie about Anne Frank falling in love with a Nazi. Ultimately, this double standard proves the point that many Americans don’t care about the people whose land we stole, whose land we live on and profit from everyday. Without respect for Native Americans, people have no problem wearing costumes of them, thus trivializing their culture.

But Pocahontas is no different from Anne Frank, and it is no less offensive to have people dress up in costumes of her every year. So, people who were furious about seeing Anne Frank costumes? Please express that fury towards the Pocahontas costumes. Native Americans are real people. Though the original illegal immigrants of this country managed to massacre several of them, they are still here, and the memories of those lost are still valid.