Call (Out) Your Senators 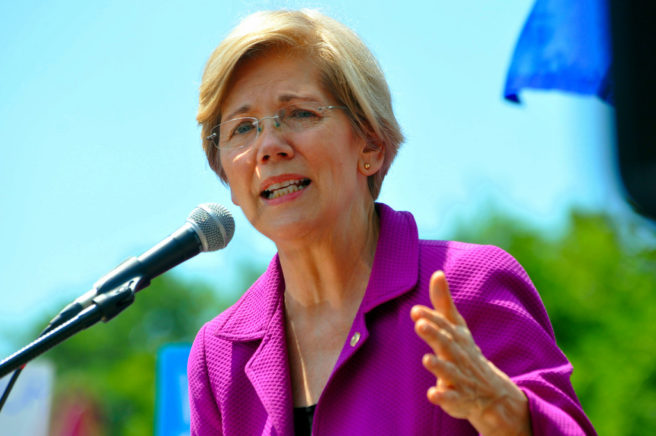 When Elizabeth Warren released a statement on her recent DNA test to confirm her Native American heritage, it took me back to elementary school, middle school, high school, really even today, to all the times white people would claim similar heritage: “I’m 5% French, 60% Scottish, 12% Native American, blah, blah, blah…” Even as a young person with no clear understanding of heritage and culture, it always bothered me to hear these long, meaningless percentages. Growing up as a brown person, I’ve always been brown. And they, no matter how many percentages they’ve got up their sleeves, have always been white.

Let’s forget about how this is a simple tactic to show that Senator Warren can stand up to Trump, as anyone with an even passing familiarity with American media could have predicted that his response would almost certainly denounce whatever it is she was saying, whether it be about her genetic background or the daily weather forecast. Let’s even forget about the fact that the geneticist claims that the results only suggest that she has Native American blood, and it could be as little as 1/1024th. It doesn’t really matter to me if she’s 1/50th or 1/25th. Elizabeth Warren is a white woman, and I only have to take one look at her, her status, her career, to see that she has no idea what it means to be a member of the Cherokee tribe.

The Cherokee Nation criticized Warren’s decision to take a DNA test as a way to claim connection to them in anyway, given that sovereign tribal nations create their own legal citizen requirements. Senator Warren responded, clarifying that the test doesn’t confirm any tribal affiliation and that she doesn’t classify herself as a Native in the Senate. It’s pretty clear that Senator Warren only did this DNA test to undermine Trump and build her own platform, but that doesn’t change the fact that her actions are racist and could threaten the Indian Child Welfare Act. But let’s back up a little bit.

Turns out there’s a reason that I heard so many kids at my schools in Mississippi and Georgia claim Cherokee heritage growing up. The Cherokee tribe was native to the Southeast up until the Trail of Tears, and years before then, intermarriage between Cherokee people and Southern settlers was common. However, it wouldn’t be until the Civil War that Southern people would ever acknowledge such relations in the public. The South, at this point in time, viewed the Cherokee people with more sympathy, considering they now felt that the situation they were in — the Civil War, which threatened to take away slavery from them — was reminiscent of the Cherokee tribe fighting for their own rights. They had tried to overcome government tyranny and failed just as the Confederacy had failed to do so.

This newfound admiration led to Southern people announcing their Cherokee heritage with pride, but no, not as some way to acknowledge their own hand in the events that lead to the Trail of Tears, but as a way to reaffirm their own Southern heritage. Yes, a Southern person claiming Cherokee heritage started as a way for them to assert their Southern heritage. The tradition continues today as any white person with family from the South can tell you. When Senator Warren tells us that her family has told her all her life that they have Cherokee blood, she is simply confirming the history of her family’s strong support of slavery in the past. The same support those ancestors showed for millions of indigenous people to be forced out of their homes.

The Indian Child Welfare act, enacted in 1978, protects the children of indigenous people from being removed from their homes and adopted by other people. A federal judge in Texas has recently denounced the act for prioritizing race over the child’s “best interests”. Did Senator Warren think about how her claims of having Cherokee heritage could affect this situation, with several families of indigenous people in fear of losing their children?

If Senator Warren were to run against Trump in 2020, I would definitely vote for her. She supports abortion rights, LGBTQ+ rights, the DREAM act, gun control, and hasn’t referred to white supremacists as fine people. But calling her out on racist actions isn’t shutting her down as a potential candidate. I criticize her, because I want her to be better. I want her to understand the history behind what she’s saying, and how not acknowledging the implications of her actions can harm people.

My presidential candidate from 2016, Secretary Hillary Clinton, recently stated that she thought Bill Clinton’s affair with Monica Lewinsky was not an abuse of power, as Lewinsky was an adult. If she were president today, she would certainly need to be reprimanded for actions like that. Just as Trump should be reprimanded for everything he’s said, ever, but well…

If Senator Warren or Secretary Clinton’s remarks bother you too much to ever support them in any way, I hope their actions encourage you to run in your local elections, or support a local candidate who doesn’t have as many resources as the people already in power. Donate your time or money to the campaign of an indigenous person in your region. Call your senators. Let them know you demand more from them.