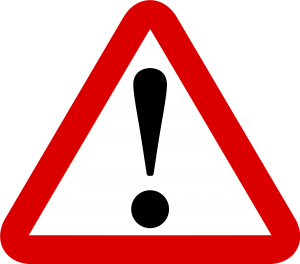 It happens every once in a while, more often than I’d like for it to. I’ll be watching a movie or a TV show and it just comes out of nowhere. One of the most recent examples I can think of is Grey’s Anatomy, of which I spent a few weeks watching every episode not too long ago. There’s an episode where a ferry crashes and the doctors and residents go to the scene to help people. Meredith slips and falls into the water and slowly goes under, and as I watched I started gasping for air until I ultimately had to fast forward.

I have aquaphobia, the fear of water. It varies in intensity depending on the situation and what kind of water is involved. I can swim and I’ve never had a near-drowning experience, but I’ve been plagued by nightmares of drowning for as long as I can remember, and that is the only thing I can think of that led to the fear. Bubble baths, a relaxing experience for most, have to be approached with caution, even though I know I won’t drown in the bathtub. I’ve burst into tears after being forcibly dunked in swimming pools. Just watching Meredith Grey nearly drown made me have an anxiety attack, and I get panicky any time I see someone on screen go underwater.

We all have our triggers. Certain drowning and water-related imagery has triggered some of my worst anxiety attacks, and I don’t even have an experience to draw upon that led to this being a trigger for me.

Obviously, it would be unreasonable of me to expect a warning before anything water-related on the off-chance it might cause an anxiety attack.

For survivors of sexual assault and abuse, content warnings can be absolutely necessary, though. This comic from Everyday Feminism lays out why: survivors of trauma have a high chance of suffering from PTSD, especially if they suffered the trauma as a child. Hearing jokes about, seeing clips of, or reading articles referencing what they went through—be it rape, any form of abuse, violence, etc—can trigger PTSD symptoms. Content warnings can help prevent this and keep them from reliving things they would rather move past.

They aren’t the only ones who need and deserve content warnings. People who have self-injured may find that pictures or descriptions of self-harm gives them the urge to start again. One thing I have only learned recently, though it makes sense and I should have realized this sooner, is that people with eating disorders, in recovery from eating disorders, or who have negative relationships with food can find posts about dieting, exercise, or even food in general extremely triggering. People of color may not wish to read about racial violence in excess.

Content warnings do not exist to coddle anybody who has been through a trauma or is going through something terrible. They exist to prevent people from reliving the horrors they have been through, to potentially stop a relapse, to let people know the gravity of what they are about to see or read, and to give people a heads up that they should approach with caution should they choose to continue reading or viewing. Content warnings do not in any way inconvenience those who do not need them, and it takes just a little bit of compassion to include them in what you post.