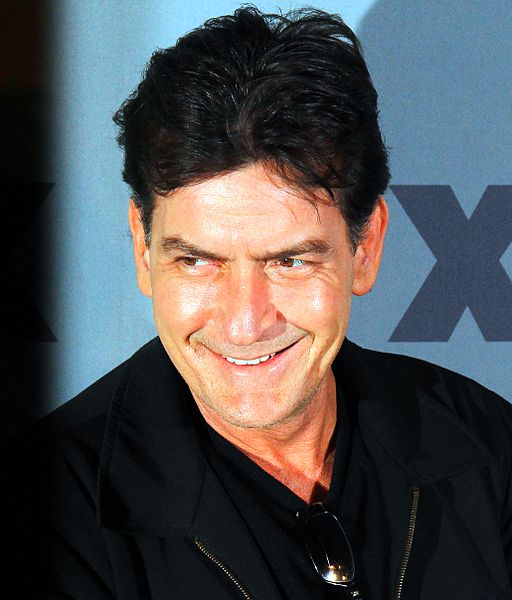 There are a lot of reasons I personally don’t like Charlie Sheen.

He cheated on his wife. Assault charges. Domestic violence. Drug abuse. He’s an anti-vaxxer. The list goes on.

And like most people, he has a few redeeming qualities as well. Major League is one of the funniest movies I’ve ever seen, and I don’t think it would’ve been the same with someone else playing Wild Thing. He was also in Eight Men Out, which is my second favorite baseball movie of all time.

Even with that to his credit, I am not a fan of him overall. But you know what isn’t one of my reasons?

As he announced Tuesday morning and had been rumored prior to this, Charlie Sheen is HIV-positive. Because it’s 2015 and not 1985, I naively thought that his statement wouldn’t come with an enormous wave of shame and ridicule.

I was wrong. While he has received a significant amount of support, the backlash against Sheen, such as the snarky references to tiger’s blood, has revealed that there is still a heavy stigma against HIV that needs to be addressed. Being HIV-positive is not an indicator of whether somebody is a good or bad person and should not be the basis for our judgment of them. It also is not part of some karmic balance, a punishment that is somehow ‘deserved’ by those afflicted with it.

In the United States, over one million people are living with HIV, and one in eight don’t know they have it. Globally, there are 35 million people living with HIV/AIDS. In wealthy countries, it is no longer the death sentence it was once viewed as, and with treatment, people generally can live their lives the same way as they did pre-diagnosis. Unfortunately, the stigma against it often deters them from getting tested.

The HIV stigma is multi-faceted. Part of the reason that the stigma is still so prevalent is an issue of morality: people will find what they perceive as a fault in someone’s lifestyle and assume that they brought it on themselves. There is still an association with needles and drug use, which accounts for about 5-10% of new diagnoses. Sheen even had to state in his interview that, while he isn’t entirely sure how it was transmitted, he knows it didn’t come from a needle.

If somebody does get tested and finds out they are HIV-positive, there’s still a chance they won’t want to take medication because of what others might think of them. This can lead to their condition worsening. According to Avert, other potential consequences are:

“Loss of income and livelihood, loss of marriage and childbearing options, poor care within the health sector, withdrawal of caregiving in the home, loss of hope and feelings of worthlessness, and loss of reputation”

With so much at risk for these individuals, the time has come to stop shaming people for contracting HIV, and instead become the supportive community they deserve.

One Response to “Don’t Let One Positive Make Everything Negative”