As our movement becomes more accessible and popularized, feminism has found its way outside of the classroom. But with that said, I don’t necessarily agree that feminism is for everybody. Feminism is for everybody who is willing learn– and I think that we’ve forgotten how to be students of its literature and theory. I love quippy slogans just as much as the rest of us, but I also believe that we all should be reading some basic feminist theory/ feminist texts as a means of understanding that not all of our beliefs are inherently feminist. The truths we hold can be problematic and flawed, and because of that, it is our job to be students of the movement. Not only do we have to interrogate our own ideas, but be willing to disagree with principles that are flawed. Feminism is a process, and being a feminist is about learning. 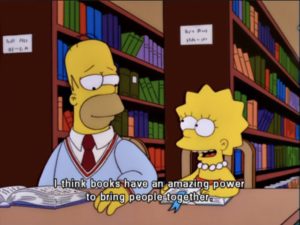 Feminist theory is daunting, to say the least. I’m not saying that we should all be able to parse Judith Butler on our first try. But, I wanted to offer some writing that I’ve found important and influential in my views of feminism that also are accessible to the novice. In her book Living a Feminist Life, Sara Ahmed describes the idea of a ‘feminist toolkit’– a collection of ideas, writings and theories that we can return to. I am by no means a scholar, nor am I some infinite bank of feminist theory, but I do have a few pieces that I continue to come back to. And in the spirit of this movement being one of discussion, I wanted to share a few of them.

The Combahee River Collective was a black lesbian feminist collective in the late 1970s. This statement has been hugely influential in contemporary black feminist thought and theories of Reproductive Justice. They call for the liberation of black women, particularly through the ideological separation from white feminism– Demita Frazier, a founder of the collective, described the group as “not a mix cake”, and instead, something that was created from scratch. This statement always stands out to me because it feels like you can hear the hand of the writers theorizing and editing and discussing until it was absolutely perfect.

Rubin conceptualizes the idea of the Charmed Circle– where sexual practices that are “good” are within the charmed circle, and sexual practices that are “bad” are outside of it. She theorizes that sex acts become hierarchical and in turn, all sexual acts exist on different dichotomies of good and bad. This is one of those readings where you’re going to think “yes, I agree with all of this” then all of the sudden Rubin says something and you stop in your tracks. Honestly, you will know the idea I am referencing right as you read it. But nonetheless, I thought I would include this because I think it’s a really dynamic and applicable piece of theory. I also think that it’s important for us to be reading and in turn critiquing theory that we find to be problematic.

One of the Big Ones in regards to our ideas of intersectionality! This big word (intersectionality, that is) is thrown around a lot, but few have actually read the theory.

There’s a lot of good essays in this book. hooks wrote this specifically to be accessible, and it is a really good entrance into feminist work. hooks is so beyond admirable, but it’s also worth considering your own thoughts on things she says.

Read this whole book. This anthology is beautiful all the way around, and I can’t recommend it enough. Feminists of color express their pain and joy in their own words, and outside of the traditionally “academic” ivory tower-type writing that feminists can get into. Especially if you are white– this is required reading.