Freedom and Power – A Scary Combination 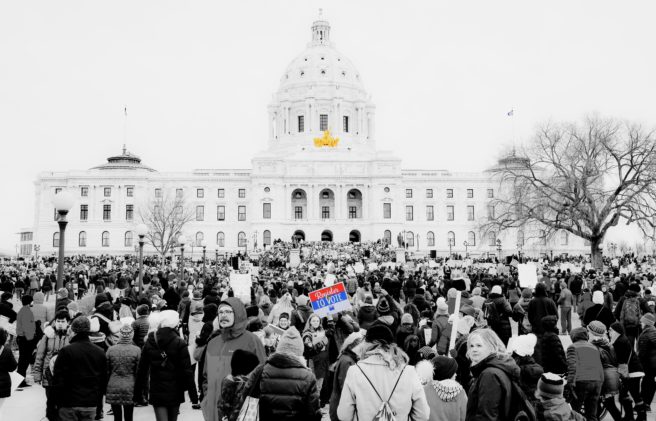 In honor of Halloween, I want to dive into a particular idea presented in Netflix’s Chilling Adventures of Sabrina. I started watching the show expecting it to use the idea of witches and using magic as some sort of metaphor for feminism while also vilifying people of color (spoiler alert: I was half right). But I want to address another aspect of the show that focuses on the price of magic, or the price of having power when you live in a patriarchal society.

Just to recap part of the plot of the show, Sabrina must decide on her sixteenth birthday to give up her human life and join the witches or give up her magic and stay with her human friends. It’s a big choice, and even though her whole family is pushing her to accept her magic, she cannot let go of her human friends. In a particularly chilling moment, her aunt Hilda tells her that there weren’t many options for women back then, and it was “simply what was done.” Sabrina outright admits that she wants both: freedom and power. She wants to use her magic and be with her friends. She’s met with laughter, because it’s impossible for someone to have that choice when the all-powerful Dark Lord would never allow it.

It’s a dilemma that’s presented to all people from marginalized groups when they get some taste of power in our society. Even though we’ve had a black president, more women are running for Congress than ever, and the aftermath of the #MeToo movement has cancelled the careers of numerous powerful men, we are still living in a patriarchal society. The cishet white man is still on top, and his power can only be given to those who are willing to bend to his rules.

Recently, Students for Fair Admissions argued that Harvard has been discriminating against Asian-American students to admit more members of other racial minority groups. Several Asian-American students were brought together by conservative strategist, Ed Blum, who has argued against affirmative action throughout his entire career.

The basic idea is that because so many more Asian-Americans have applied and been admitted to Ivy League schools like Harvard, they have been discriminated against in the admissions process and been judged more than other members of racial minority groups. Now, it certainly has been reported that Asian-Americans might be scoring lower on personality during their assessments as opposed to white students, but reports also show that the number of Asian-American students being admitted to Harvard has only increased over the years. Furthermore, any argument regarding affirmative action for Asian-American students should not be targeted against members of other racial minority groups, who are still less represented on a whole, but towards legacy students — who  are six times more likely to get into Harvard compares to non-legacy students.

Why is it that Asian-Americans would target racial minority groups when the clear opposition are the legacy students, i.e., those in power? Since the dawn of our nation, ethnic minority groups have participated in anti-black and anti-brown rhetoric to progress in our white supremacist society. When Italian, Irish, Greek, Polish, and several other European immigrants first entered the United States, they weren’t treated equally with their white peers from England, the Netherlands, and Scandinavia, for example. To be held to the same standards, they embraced their whiteness and put down people of color in society. In the choice for freedom versus power, they chose power.

After the Trump administration’s call to erase the definition of transgender out of existence, Caitlyn Jenner denounced her former support for him. She did not just realize Trump’s lack of support now, because her support for him only stemmed from his stance on protecting the wealthy. As a wealthy white woman, she benefited from policies that lowered taxes and reducing federal responsibility in social care — all policies that directly attack members of the trans community. Plain and simple, Jenner did not care about trans people of color. She wanted power and has now jeopardized her own rights because of her complicity.

How much does all of this have to do with a teenager deciding to embrace her witch side over her human side? Maybe not that much, but the idea is the same. Obtaining power in society is a simple choice for you because it’s easier for you to align with the patriarchy. When you don’t HAVE to fight for your existence everyday, it can be easy to give into the power and give up not only your freedom, but the freedom of the people who don’t have the same choice.

The choice between freedom and power is not one afforded to most, but to those who have that choice, let me remind you one fact: not one of us is free until we all are. When you make the choice between freedom and power, realize that your choice affects more than just you. It’s scary to choose freedom over power, but not as scary as it is for the leaders of our society. The more people choose freedom over power, the more our society will change. And I don’t know about you, but I think we’re past due for some change.

And on that cheerful note, please do not forget about election day next Tuesday. Check out this website to find out more information about your personal ballot. Vote. Tell your friends, your classmates, your parents — let’s give the administration something to be scared about.