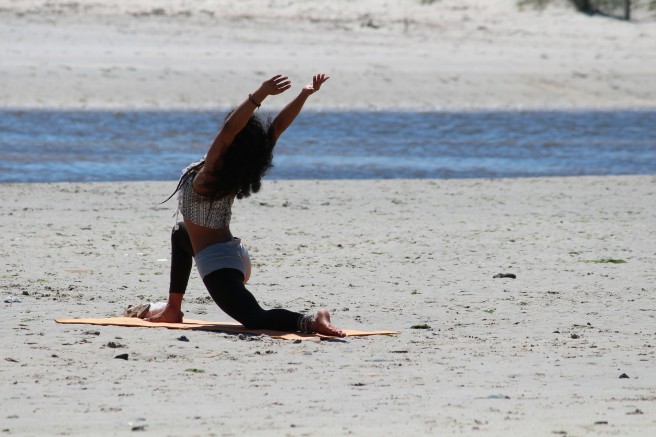 With the inauguration coming up in several days, life has been pretty bleak. As an organizer, a Black person, and someone with a vagina, I can only imagine how our next four years will go. However, in 2017 I’ve made the resolution to actively practice self-care. I’m relatively good at this by now, but I wanted some self-care that was sustainable and could last me through our already wack country burning to the ground. Here are 5 things I’m doing this week instead of crying.

1. Binge watching Degrassi. Whatever it takes! Seriously though, I watched Degrassi for a while, but fell off. However, after the new season premiered on Netflix I was hooked! I’ve been watching past episodes on YouTube, and the drama is such a good distraction from the fact that we may not survive the next four years. Also, Degrassi is so #AbortionPositive, it’s not even funny. The teen drama is great, but the analysis of race, gender, sexuality, sex, is so interesting to think about. Expect a Degrassi think piece that no one asked for, coming from yours truly.

2. Doing yoga. With the impending apocalypse, I want to make sure that I’m flexible and in shape while running away from White Supremacists. Yoga has really improved my self-confidence, and I truly learn something new about myself during every class. I go to a studio for hot yoga class about once a week, but you can also find free classes on YouTube. The number one thing that yoga has taught me, is that the impossible is possible. There are so many poses I thought I would never be able to do, and even after a couple weeks of practicing, I’m on my way!

3. Trying out new dating apps! Since I’m still happily single, I figured I might as well play around with dating apps while it’s still legal for me to be queer! I mean I’ve used Tinder, and OK Cupid for a while, but now I’m on this app called Feeld. It’s for dating couples! Not sure how this will go, but I feel like I’m in an episode of Easy. I’ve had a couple of matches, and it’s more fun for me than other apps. Plus, if I’m in a relationship with multiple people, that will help support me during alliance and coalition building, something needed to organize while EVERYTHING IS RUINED.

4. Reading. Something I never ever take the time to do. I figure it couldn’t hurt. The more I read, the more of a distraction I have from the fact that our President… you know what. You know where this is going. Anyways, reading is fun sometimes! I’m starting this new book called Trauma Stewardship. I hope to read more books for fun this year, especially books that are about topics relevant to my chosen career path.

5. Sleeping. This shouldn’t come as a surprise to people that know me in real life. I have a whole pitch when it comes to sleeping. “It’s portable, it’s free, I’m good at it, it’s still legal. Why would I not practice?” Ironically, my pitch for sleep is the same as my pitch for masturbation. Anyways, I’m so blessed to have the ability to sleep almost anywhere and at any time. Instead of tossing and turning at night thinking about how POC have to deal with voters taking away the Affordable Care Act, I’ll be able to sleep through my responsibilities and trauma.

In all seriousness, take care of yourself this week! Also, take care of yourself in general. Capitalism leads us to believe that self-care is lazy, or selfish. However, self-care is actually revolutionary. It’s how we keep our movement sustainable. I’m not going to write a speech about how “everything will be okay,” because frankly, we don’t know that. However, I do know that there are things that we need to lean on during dark times. We need to focus on finding a sense of self, so that no one can shake us. We need to build authentic relationships with community to help create strategy, love on each other, and heal. We need to remember to keep fighting tomorrow, the next day, the next year — however long it takes — to create a world that we want to live in.