Hey! Don’t use my religion to discriminate 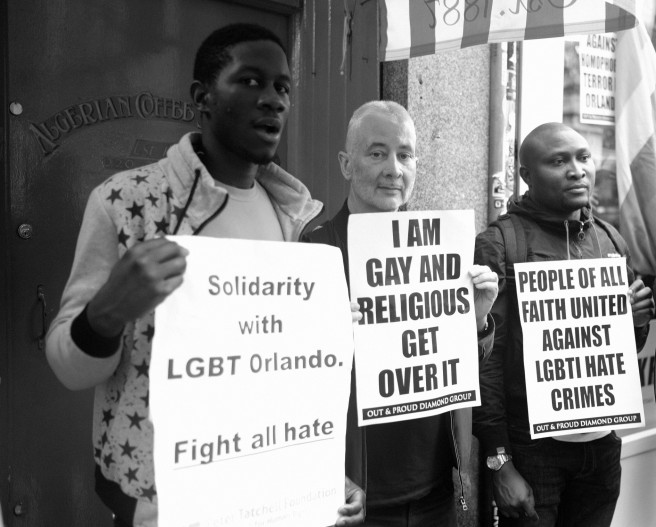 The President of the United States signed an executive order that promotes religious liberty. As a person of faith, I grow tired of the rhetoric that categorizes my faith as one to be weaponized to promote discrimination against minority groups. This order is not for the empowerment or protection of American Christians, but to allow the conversation to be dominated by white evangelical Christians voices who support restrictions on LGBTQ communities, abortion, and access to reproductive health care for individuals who it. I apologize to the communities affected by this order because this is not what my religion teaches.

My religion is built on the protecting the meek and oppressed, building relationships with those on the margins of society, and fighting for those who are being taken advantage of by those in power. These principles enacted by Jesus Christ are not present in this executive order which is reflective of white American Christianity that prides itself on the prosperity gospel and white, patriarchal capitalism. This is not what my religion teaches and I want you to know that there are Christians who are fighting and advocating for the equal rights of all marginalized communities.

There are countless people of faith who have advocated against the social injustices of this world and found their calling in the advocacy to improve the living conditions of the oppressed. My faith is influential and shapes my activism, which leads me to take up the cause of my neighbor and stand against unjust policies that are rooted in oppression and discrimination.

People of faith, we have witnessed our religion being used to promote inequality and as followers, we must take back the conversation and the fight. I’ve learned that we are not to be sitting on the sidelines and praying in the pews, because faith without works is dead. But we have to sacrifice our bodies, and lives to a movement because that is what our Savior did.

I’m dedicating my life to a movement that fights against inequality and for those who are ignored, and terrorized upon. So if you are a believer of the faith, then the time to act is now. Organize in your local churches and community. Use your privilege to have conversations with policymakers and uplift the voices of those typically left out of conversation. Be vocal in standing against those who promote injustice. Be a good neighbor to all those, domestic and international.

Attending a Christian university in the Bible Belt, has challenged me to grow deeper in my faith and given me a firm foundation in my faith based activism work. Remember not to push your religion on others, but to live out the principles of Jesus in your work and to be a lover and a fighter.