It Is Our Duty To Fight For Our Freedom 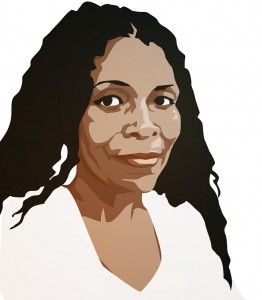 Thursday morning at 2:00am, I was holding my housemate as she sobbed after the news reported that Hilary Rodham Clinton had conceded to Donald J. Trump and that he had become the president-elect. I couldn’t bring myself to cry because a small part of me knew that America couldn’t be ready for another eight years of change. I sat there in silence as I saw the world around me crumble. I thought about the countless vulnerable populations that would be subject to discriminatory laws and have their civil rights threatened. I thought about the anti-trans bathroom bill in North Carolina and Gavin Grimm‘s upcoming Supreme Court case. I thought about the Indigenous families who have held their ground at Standing Rock in defense of their land and their water. I thought about Sybrina Fulton and the other Mothers of the Movement. I thought about the Whole Women’s and Roe v. Wade case and how reproductive rights in our nation will continue to be threatened with harsh restrictions.

But then I thought about the movements who have been working for change since before this contentious election. I thought about the leaders of Black Lives Matter who are now considered among the most influential people in the world.  I thought about the thousands of LGBTQ couples who have married and created the families of their dreams since 2015. I thought about the women leading Standing Rock protests everyday in the face of state violence. I thought about the abortion providers and clinics who have stood up to say that they’re not going anywhere, and that we won’t ever go back to the way it used to be. I realized that our calls for change don’t have to end with this election. This is our time to mobilize, organize, and act because we have to. Our future depends on all of us fighting for justice, autonomy, and love. We’re nowhere near being done, but that’s okay. Because we’re just getting started.