5 Black Feminists you should know this Black History Month

Today is the second day of Black History Month. While I know that the accomplishments of the sung and unsung heroes that have helped advanced modern technology,share their music with the masses, and push the Civil Rights Movement forward should be celebrated everyday, Black History Month is a time to reflect on how far America has come. Black feminists have tried to create their space at an intersection between race, sexuality, gender, and class. They faced sexism in the Civil Rights Movement and other race movements and sexism in feminist movements. In honor of Black History Month, I have listed the names of some well-known and some not so well-known black women from the United States and abroad whose insight and actions has expanded my thinking. I hope you are inspired to read some of the books below and learn the names of these impressive women.

1. Claudia Jones – A black feminist born in Trinidad in 1915 who shed light on the role of black women in slavery. In addtion, she fought for black equal rights in London.

Claudia Jones: A Life in Exile

2. Kimberle Crenshaw – A trained lawyer and professor at UCLA and Columbia School of Law. She founded the the Critical Race Theory Movement and coined the term “intersectionality”.

Critical Race Theory: The Key Writings That Formed the Movement

3. Winnie Madikizela-Mandela – A South African activist and political figure who was critical to organizing for the end of Apartheid. Formerly married to Nelson Mandela.

Black Feminist Thought: Knowledge, Consciousness and the Politics of Empowerment

Race, Class and Gender: An Anthology

Fighting Words: Black Women and the Search for Justice

From Black Power to Hip Hop: Racism, Nationalism, and Feminism

Another Kind of Public Education: Race, Schools, the Media and Democratic Possibilities

The Handbook of Race and Ethnic Studies 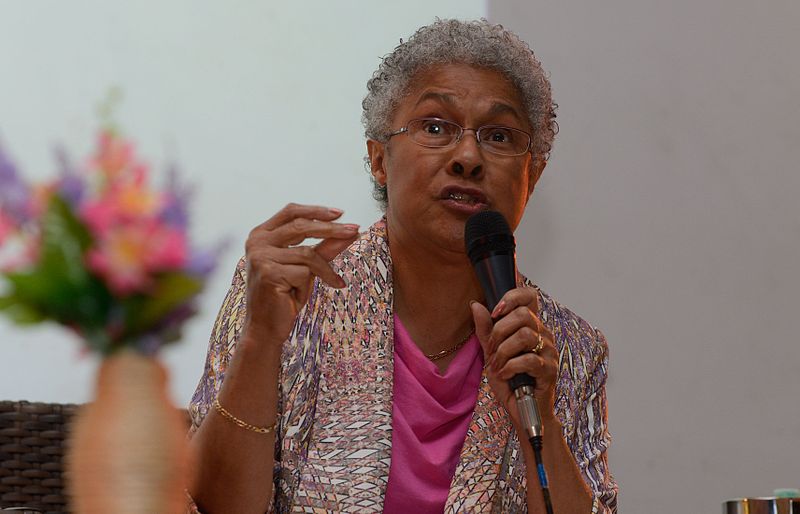 5.  Ida Bell Wells-Barnett – an African-American journalist that documented the use of lynching in the United States. She found that lynchings was used to punish African-Americans for reason. Lynch mobs, on the other, hand justified lynching as a means to punish black people for criminal behavior.