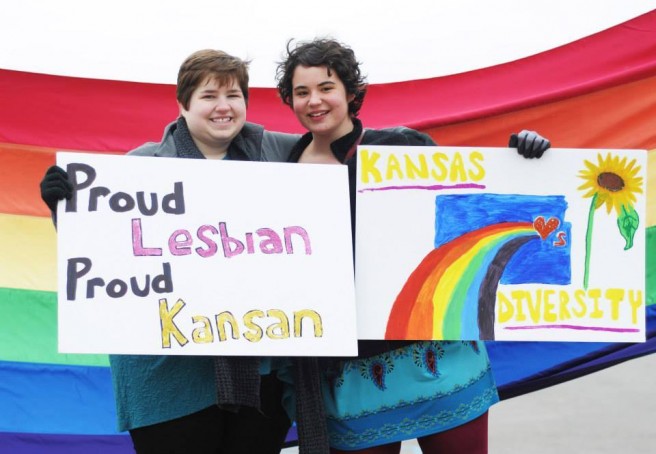 This past Tuesday, Kansas Governor Sam Brownback issued an executive order that removed workplace protections from being harassed, discriminated against, or fired based on sexual orientation and gender identity. The original order that extended those protections was signed in 2007 by former Governor Kathleen Sebelius.

The protections included in the original order were fairly narrow in scope, and rarely enforced. As with any executive order, there are limits to what can be done. This particular order applied only to government agencies under direct control of the governor, affecting roughly 25,000 people. These people are important, and removing workplace protections may affect the job status of some.

But, in a time when states are expanding protections for people, this move flies in the face of progress. There are few examples of non-discrimination policies being removed once they are enacted. This order creates uncertainty for many current state employees that have been able to feel safe expressing their true selves knowing that the state had this policy in place.

We also should keep in mind some of the motivation behind this action. In 2014, the Kansas Legislature tried and failed to pass a law that would make discrimination on the basis of things like gender identity and sexual orientation legal. In the name of “religious freedom,” that bill would have allowed any business to refuse services to anyone based on the discriminatory views of the owners.

Responses to this order have been varied, but overwhelmingly negative. An editorial in the Kansas City Star called the move “a stunning move of bigotry.” A separate article points out that a solid majority of states have these protections in place, many in the form of an executive order. Around 80 percent of Fortune 500 companies have these same protections as well.

Opponents of the governor have universally panned the move, with House minority leader Tom Burroughs saying, “The bottom line is this: All Kansans deserve to be treated fairly and with respect and no Kansan should be denied equal protection under the law.”

Even members of the legislature that have supported the governor had a mixed reaction on this order. Representative J.R. Claeys called the notion that a state worker could be fired for being gay unfortunate. “No one should be made to feel ashamed of who they are and I don’t think anyone should ever lose their job for being gay. That’s my reaction,” he said

In an interview with public media station KCUR, an employee at Wichita State University explained that this move is terrifying for LGBT public employees. Even after learning that WSU’s non-discrimination policy protects her, she was still worried for others. “It’s still extremely disturbing and scary because this is real discrimination. This could be tomorrow, they could be fired,” she said. “And so I was just floored for the rest of the day and quite honestly, I still am.”

The governor’s office released a statement defending the move, saying that any expansion of “protected” status should be enacted by the legislature and not by the executive branch. But what they have failed to acknowledge is that this was not a failure to expand protections, it was a move to rescind protections that have been in place now for eight years.

We could talk about how this move is against the administration’s vocal focus on creating jobs and slowing the number of people migrating out of Kansas, but even that’s not the real issue here. The problem with this move is that it shows a fundamental lack of respect for Kansas citizens. Protection from workplace discrimination is a cornerstone of ensuring that everyone has economic opportunities. And if we can’t ensure that is provided for, marginalization of entire communities will continue to happen.

It is discouraging now to see things like this happen, but this makes the work that Kansas activists do that much more important. Organizations like Equality Kansas will keep working to ensure that these protections are reinstated, and that we continue to make improvements on them. But in the short term, this is certainly harmful to a lot of people.