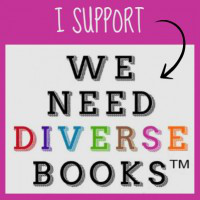 I have a confession: Even now in my twenties, I still almost exclusively read young adult fiction. The “Percy Jackson” series? My jam. “Hunger Games”? Yeah, tell me more. “Harry Potter”—gimme.

I’m currently in the middle of my annual “Harry Potter” re-read. This time around, I noticed something weird, something that’s been nagging me for a while. In a book series where magic is the norm, you mean to tell me that the main characters are all white? And all cisgender? And all able-bodied? And all—who are explicitly in relationships, at least—straight?

It just doesn’t seem very likely. And then I thought about it. In most of the young adult novels that I have read, all of the main characters look and identify the same way.

Even in fantasy or science-fiction novels, the characters are white. For example, the “Eragon” series features species like elves, dwarves and sentient dragons. But the main characters are all fair-skinned. So a dragon can be a main character, but a person of color can’t?

This lack of representation has got to stop.

According to an FAQ on the #WeNeedDiverseBooks official campaign site, out of 3,200 children’s books published in 2013, only 93 were about African American people. In the same year, even though 37 percent of the US population was people of color, only 10 percent of children’s books contained multicultural content.

As a white person, I recognize that I have a lot of privilege. I can open a book and find a main character whose appearance is described as similar to mine. I can turn on the TV or flip open a magazine and find someone who looks like me.

But I want other people to have that same option. I want children of color to feel included. I want little girls like me to learn about social and racial issues at a younger age because they read about it.

I love books, and grew up in a household that fostered and encouraged reading. But I don’t want to read books that don’t actually tell stories about the world around me and the beautiful, diverse people who live in it.

The #WeNeedDiverseBooks campaign seems to focus on racial diversity, but I want more than that. We need diversity in ability, in sexuality, in gender expression. I want my heroes and heroines to have diverse personalities, and my books to have diverse storylines—these things, of course, will increase simultaneously when diversity of the actual characters grows.

But we need more books to tell children that it’s okay to be those things. You can be the hero or heroine of a story and still be a person of color, still be queer, still question yourself and your identity.

The #WeNeedDiverseBooks campaign site also offers suggestions on stories to read, so I recommend looking there if you have no idea where to start. If you have any suggestions of books that you have read and loved, for both children and adults, please share them—with me, with your friends, with your community.