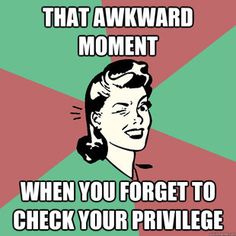 Life is full of coincidences, so it was no surprise to me that the assigned reading for one of my classes explored a topic that I’m familiar with in my personal life: abortion.

For a moment reading the book, “Choosing Naia,” I forgot it was an assignment for my Magazine and Feature Writing course. It discussed reproductive options and intersectionality in such a way that I figured it had to be for one of my sexuality courses.

Here’s the premise of the book: A married couple gets pregnant with their first child. Everything looks fine in the scans and appointments but one ultrasound during the trimester shows that the baby has a heart defect. Further tests showed that the baby had Down Syndrome.

Greg and Tierney Fairchild, the couple in the book, received the diagnosis at week 20. Connecticut, their home state, allowed abortions until week 24, when the fetus is considered viable.

I was doing homework with a friend when I was reading the book. I was curious what she would think, so I turned to her and asked, “If you had a child with Down Syndrome would you—“

She interrupted me: “Abort?”

I nodded and she immediately responded that she would.

It was something that I had never considered before. Abortion, sure, but abortion because of disability was a new issue on my radar.

If I’m being honest, disability isn’t something that I have been forced to think about. I’ve been very privileged—and privilege is the key word here—to be healthy and able-bodied. Same goes for my family and friends. Aside from having terrible eyesight, I have never had to worry about my physical or mental abilities.

An Everyday Feminism article phrases it nicely: “As able-bodied individuals, we live in a society that regularly and easily accommodates our every need. As such, we often forget the privilege that this entitles us.”

How narrow-minded of me.

I may never have to worry about personally facing limitations due to physical or mental disability, but that doesn’t mean other people don’t every day. It would be ignorant of me, both as a feminist and simply as a person, to turn a blind eye to the stigma that still surrounds disability.

As I read the book, further issues came up. Greg and Tierney are an interracial couple, so they were worried about how Naia’s disability would compound on challenges of race.

Greg becomes so frustrated thinking about the possibility of discrimination—something that he is all too familiar with as a black man. He questions, “Why couldn’t this have happened to someone who has lived the most privileged life of all? Then they would have some way of understanding that, yes, people do discriminate against people, and it does hurt and it does have an impact.”

It was fascinating, and honestly very educational to me as someone who might never experience these discriminations, to see how the intersectionality of race and disability played out.

Able-bodied is just one type of privilege. White-passing is another. Straight privilege exists too.

I am thankful for the life that I have. I have a roof over my head. I can walk up the stairs. No one excludes me from groups because of my appearance. My resume probably won’t be thrown out because I have an ethnic name.

But that doesn’t mean I should ignore the struggles that others aren’t going through. If you experience privilege in your own life—great! But recognize that and do your best to research and educate yourself on the benefits that you receive and the barriers that others who don’t experience that privilege might face.