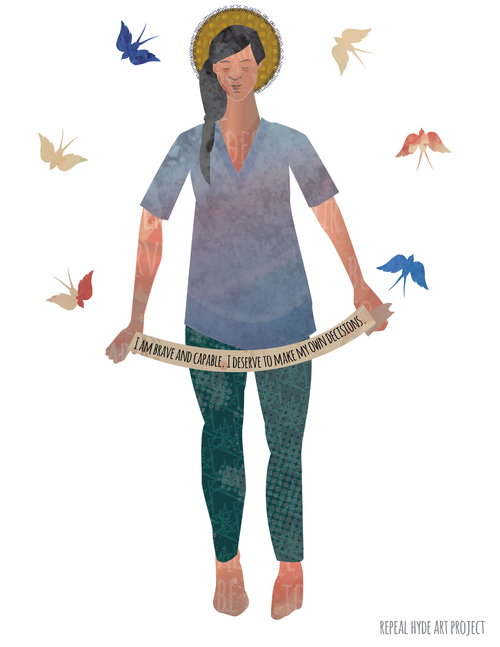 My identity is complex and always shifting; sometimes I revel in the beauty of ambiguity and sometimes I just freak the fuck out

Society has a very hard time attending to my own complex personhood, beset by my many contradictions and almost constant uncertainty, especially when it comes to whether or not I’ll have kids.

When I tell people I have no future plan to get married, they seem taken aback. But their confusion is soon assuaged by my strong feminist identity. (Oh, she’s one of those women who’ll live with her partner until the economic benefits outweigh whatever moral high road she thinks she’s taking) Is always the subtext.

Yet, the assumption of my eventual reproduction is always questioned with the kind of urgency that is so intense it makes me feel like I don’t really have any say in the matter.

But you’re going to have kids, right? How many grandchildren will I get to take to the park? When do you want to start thinking about having kids? How can you have it ALL?

These subtle, seemingly innocuous pushes and pulls that animate my daily life are anything but. They reduce my entire identity down to my reproductive intentions. Understood in the context of a fundamental disrespect for the bodily autonomy of people with the ability to reproduce, such constant questioning constitutes reproductive coercion. While I am forced to rebuff the assumption that by virtue of the gender I was assigned at birth that I have a moral obligation to have kids, reproductive coercion often takes more insidious forms. The United States has a long history of sterilizing poor women of color without their consent, which continued in California prisons until 2010.

Given the violent history that haunts communities most affected by the United States’ coercive use of birth control in order to extinguish less valued communities, celebration of its liberatory effects can ring hollow.

But that doesn’t mean that Long-Acting Reversible Contraceptives (LARCs) should be cast aside. LARCs are the safest, most effective forms of reversible birth control available. They have the potential to allow someone like me, who plans on living a kid free life (and enjoying all of the sleep that entails) the freedom to do so. They also give people the crucial ability to delay the start of their own families or avoid any unwanted or unplanned pregnancies.

In order for the liberatory effects of LARCs to be embraced by everyone who wants to take control of their own health, however, reproductive justice advocates and health care professionals need to validate the distrust felt by communities who have suffered violence at the hands of the state. Reaching out to people on their own terms, based on the articulation of their own needs, then, is the real revolutionary possibility of using LARCs to take control of our own reproductive health.