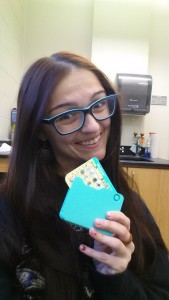 Today, the Supreme Court will hear the oral arguments in Zubik v. Burwell, yet another case involving reproductive health. The case is comprised of seven lawsuits, with religiously-affiliated nonprofits arguing against the Secretary of the U.S. Department of Health and Human Services, Sylvia Burwell. This issue has already made its way through appellate courts, with eight ruling in favor of the government and one ruling in favor of employers.

This case is another challenge to the Affordable Care Act—“the fourth time in four years that the justices have taken up a challenge to the law.” Specifically, this deals with the ACA’s guarantee that birth control, among other preventative health measures, will be covered by insurance at no additional cost. This includes all birth control measures, not just the pill; IUDs are supposed to be covered as well, for instance, and without insurance, those can cost around $1000. The birth control benefit of the ACA made over 55 million women eligible to receive birth control through insurance.

This seems like a pretty amazing idea, since “99% of sexually active women have used birth control at some point in their lives.” I take it. My mom took it up until she had a hysterectomy two summers ago; a couple years before this, she had her tubes tied but still took birth control because her periods were nearly unbearable without it. Aside from preventing pregnancy, birth control benefits people in a multitude of ways. Women like my mom need it to keep from being in excruciating pain. Some women take it to help with endometriosis and polycystic ovary syndrome (PCOS). Transmen take it so they don’t have periods and are therefore not forced to feel like the gender they aren’t. And that’s just naming a few of the wonderful things birth control can do for us.

Like I said, there are a lot of benefits.

And yet, here we are again, having our right to a basic preventative health measure challenged on the national level.

There are already religious exemptions to the birth control benefit, meaning that if a religiously-affiliated company opposes birth control, they can fill out an exemption form and are not required to offer coverage and the coverage is assumed by the insurance provider instead. Unfortunately, for some organizations, such as one of the seven involved in Zubik, “Even filling out an exemption form is too much for them, they argue, because it authorizes insurers to do what they won’t do—supply women with contraceptives—which amounts to taking actions that violate their sincerely held religious beliefs.”

Essentially, these employers are saying that even handing over responsibility to another party is violating their religious beliefs and their rights under the Religious Freedom Restoration Act, by still allowing their employees to have access to birth control. Filling out a form does not infringe on their rights, though, which is what the eight appellate courts that ruled in favor of the government have held.

Whether you take birth control to prevent painful cramps, to ease symptoms of endometriosis, to get rid of your period, to help ease your PCOS symptoms, or simply to avoid an unwanted pregnancy, you have a right to it. We don’t deserve to have our rights taken away because of our employer’s beliefs.

The #ShoutYourAbortion trend was incredible, and I urge you all to do something similar for this. Let’s #ShoutAboutBirthControl today and let the world know that it’s our right and it shouldn’t be taken away from us for any reason!

Follow #HandsOffMyBC on Twitter today to take action during the digital rally while the Supreme Court hears oral arguments. You can also show your support for no-cost birth control access by listening to the curated #HandsOffMyBC Spotify playlist all day.